Using Botox to Treat Depression (and Other News) 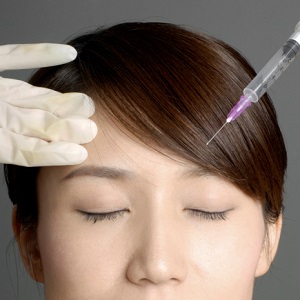 A Maryland dermatologist’s observation that Botox seemed to help his patients cope with depression might not be just an anecdote. Three small but recent studies have all shown improvements in depressive symptoms among patients who get Botox injections. It could be that nerves in the face that connect to the brain play a role in depression.

Most opium traveling from Afghanistan to the rest of the world goes through Iran, leading to a much higher opium addiction in the area. About 3 million of the country’s 76 million inhabitants have substance abuse problems, and 700,000 of the people who have addiction are women. But drug addiction is a taboo in Iran, particularly for women, who can be sentenced to death for drug-related crimes.

Just outside of Tehran, though, a drug addiction facility designed to help women recover from the clutches of drug abuse has opened its doors. Most of the women use opium or methamphetamine, and many choose to use in female-frequented locations such as beauty salons. This secrecy and shame contributes to the challenges of addiction, but the Iranian addiction center hopes to combat this stigma and help women improve their lives without resorting to drugs.

Study Shows That Impulsivity Is Risk Factor for Food Addiction

If you’ve ever gotten halfway through a snack before realizing how much you’ve eaten, you know that food decisions can be impulsive. A new study verifies this commonsense connection. The study emphasizes that impulsive personality traits are not easily controlled, and can be correlated with unhealthy addictions to food. The study comes in the wake of Rosie O’Donnell’s recent comparison of her eating habits to alcoholism.

A protein associated with autism that can lead to a form of mental condition called fragile X mental retardation may also play a role in addiction. The protein, known as FMRP, is a leading cause of autism. A recent study suggests that this protein could also play a role in addiction; substances such as cocaine use the protein to facilitate changes in the brain associated with addiction.

It’s easy for adults to forget the fear of taking a test and coming home with a bad grade. But a new study emphasizes the effect test anxiety can have on students’ well-being. Researchers found that, when students learned skills for managing test anxiety, their anxiety about other matters decreased as well.

This Is Your Brain on Meditation: Brain Processes More Thoughts, Feelings, During Meditation, Study Shows

If you’ve ever experienced relaxation after a meditation session, you might feel that meditating quiets your thoughts. Nondirective meditation, which encourages a focus on breathing and permits the mind to wander, can result in an increase in thoughts. Recent research looked at 14 people hooked up to an MRI machine while engaged in nondirective meditation. The group’s brain activity increased rather than decreasing. This suggests that nondirected meditation could allow the mind to process thoughts and feelings in a safe, relaxing manner.