Effects of Subtle Peer Group Bullying on Development of the Self, Part II 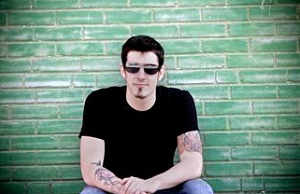 This article is the second installment in a two-part series. To read the first article, please click here.

As I worked in therapy with each of them, we began to explore family and peer experiences that contributed to the development of their negative identities. We also began to consider that the ideas they held about who they are and what they are capable of do not fit with the evidence of who they are in the world.

Dave and I talked about his early life. He described how his father was a womanizer and his mother worked very hard to please him. Dave told me “I always felt my father was very handsome and that my mother idolized him for his looks. When I first heard my friends making fun of my weight, I felt doomed. I would never have a woman think about me the way my mother thought about my father. Then I began to notice how the girls in my class looked at me. It wasn’t like they looked at Ray or some of the other boys. I kept feeling them snicker. I knew I was fat. I got very self-conscious, especially in the cafeteria. I kept feeling everyone was watching what I ate. I hated being in school and I especially hated being around the girls.”

I commiserated with Dave about how damaging these experiences were. But as I got him to describe how women were responding to him now, he began to wonder, along with me, why he insisted on holding onto the view that he was unattractive and undesirable to women. For example, he told me how a male friend of his reported that a woman he knew said that Dave was amazing, funny, and sexy. Dave told me this with confusion and puzzlement. It became evident that, in fact, it was usual for Dave to find out that women responded so positively to him. But Dave was unable to take in this information and alter his definition of self. As Dave and I continue to talk, it is becoming apparent that to accept this new view of himself would put Dave at risk: he feared that if he acted as if he were an attractive, desirable man, he would leave himself open to being responded to as “fat boy.” His increasing recognition of the evidence that he is not seen as “fat boy,“ but as an attractive man, is allowing Dave to slowly take risks to put himself in situations where he approaches women and is open to the possibility of positive response.

Anne is also embarking on a journey to redevelop her sense of self. We began to closely examine how the women in her office respond to her. Anne revealed that Sophie often asked her if she wanted some coffee when she went out to get some for herself at the local shop. Anne always said no. She told me “She was just being polite. I don’t think Sophie even knows my last name.” Anne also told me how Meg was leaving work with Barbara and asked if Anne wanted to join them for a drink. Anne declined. “I think they just felt sorry for me.”  I asked her, “What would they feel sorry for you about?” Anne couldn’t answer. Then she realized,  “I think they know how much I want to make friends. They probably just pity me.” When we examined this belief, Anne was willing to consider that there were a lot of old feelings getting in the way of seeing her life through more current eyes. It took many months until Anne was able to say yes to an invitation at work. Even though she was anxious about going out for a drink with fellow workers, she came into my office admitting that it went all right. She laughed and said “I kept looking for signs they pitied me or were ready to be mean, but I couldn’t find any. They actually seemed to like me!” While Anne is not yet convinced that she is a desirable friend, she is more willing to experiment and test out being with new people. I believe as she continues to do this, she will be responded to as a valued friend, not as the butt of meanness by a bunch of cruel adolescents.

The intense effects of peer groups on our development of self must be recognized by those who suffer from low self-confidence and lack of self-esteem. The development of a distorted sense of self in adolescence can become the basis for persistent undervaluing of the self in the world. Expectations of rejection, humiliation, and shame can lead to the need to continuously protect oneself by limiting access to social relationships. Adults who have suffered with peer groups can be helped if they can rework the traumatic experiences of their past by gradually testing the possibility of a different reality in the present.

As parents pay more attention to the possibility that their children can be the target of bullying, it is important to take seriously the more subtle forms of bullying that can occur. Pain, shame, and humiliation can be inflicted in what may seem to be small or just “childish” behaviors by peers. Talking with children and taking seriously the possibility that they can suffer from and be damaged by these “ordinary adolescent pranks” can be crucial. Accepting, understanding, and helping a child with these painful peer group experiences will promote the development of adults with a positive sense of self. Such adults will be able to get what they want in the world.

Related articles:
Effects of Subtle Peer Group Bullying on Development of the Self, Part 1
The Spiral Path of Change