The Dirty, Little Secret of Parenting 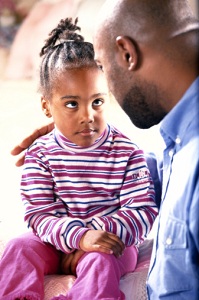 The dirty, little secret I’ll share with you isn’t exactly dirty, little, or secret. In fact, it’s something quite obvious that is often overlooked as a vital part of understanding children’s behavior.

When we talk about parenting we often talk about the child: what the child is doing, saying, experiencing, or feeling. While these observations are helpful and important, we only get one piece of the pie. When we also take into consideration what’s happening for the parent(s) we get much closer to being able to repair and resolve problems.

It’s almost like the children are the whistle-blowers—they alert us when something isn’t working. As adults, we are much more complex beings, with many more demands on our time, attention, energy, and love. It’s easy for parents to get swept up in all these responsibilities and fail to notice what’s happening in an interaction with the child. Children, on the other hand, often make it clear through tantrums, crying, or acting out when something is amiss for them—they need help, and they let us know. So, here’s the secret: there are two people in this interaction, each with thoughts, feelings, and actions that affect the other.

When we slow things down (usually after the fact) and look at what both parent and child are feeling, or what personal history might be contributing to the issue at hand, or what buttons were pushed, we can learn more about the places where moms and dads butt heads with their children and move toward better communication and connection. And that naturally leads to kids behaving better. What parent doesn’t want that?