Owners of Sick Pets May Have Worse Mental Health, and Other News 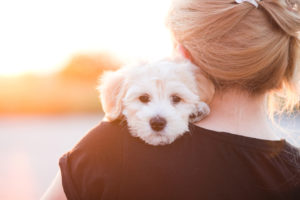 Research on pets often focuses on how they can improve mental health. More than 90% of pet owners see their pets as family members. When family members get sick, it can be stressful.

People with sick pets also reported lower quality of life and higher rates of stress. This study is one of the first to look at caregiver burden in people caring for chronically ill animals, so the researchers say further study is needed.

These preliminary findings could help veterinarians increase their empathy and communication skills when interacting with people caring for sick pets.

Women with a history of trauma or posttraumatic stress (PTSD) are at a heightened risk of developing the autoimmune disease lupus, according to research published in the journal Arthritis and Rheumatology. In the study, which involved nearly 55,000 women, trauma increased the risk of lupus nearly threefold.

People who chronically worry may struggle to complete stressful tasks. According to new research, simply writing about their feelings can help worriers successfully complete challenging tasks with more efficiency.

Are Dads as Torn Between Jobs and Family Life as Moms?

Fathers now spend almost three times as much time caring for their children as they did in 1965. Yet, research on conflicts between work and family tends to focus solely on mothers. Fathers may struggle just as much as mothers to find a balance. About 7 in 10 Americans told researchers that babies should have equal bonding time with mothers and fathers. Half of survey respondents said employers pressure fathers to quickly return to work after having a child. About half also reported that mothers do a better job caring for babies than fathers.

Have You Got the Wrong Impression About Schizophrenia?

According to a survey of 1,500 people, myths about schizophrenia remain widespread. Survey participants mistakenly believed people with schizophrenia have split personalities and are dangerous. In reality, drugs and alcohol are more closely linked to violence than schizophrenia. Participants also overestimated the prevalence of schizophrenia, which affects about 1% of the population.

The shooting of Georgia Institute of Technology LGBTQ+ student activist Scout Schultz highlights the need for better campus mental health care. Schultz, who was intersex and used they/their pronouns, was reportedly experiencing a mental health crisis before being fatally shot by police.

LGBTQ+ students experience mental health symptoms and diagnoses at higher rates than their peers. A 2017 study found these students may be reluctant to seek mental health care on campus. Even when they do seek care, they may face stigma. LGBTQ+ students are more likely to report feeling embarrassed about seeking mental health care, and to worry about their privacy. The Trevor Project sponsors a 24/7 helpline and chat service for LGBTQ+ youth. The helpline number is 1-866-488-7386.

People Are Using Siri as a Therapist, so Apple Is Seeking Engineers Who Understand Psychology