When the Bough Breaks: Resources for Overcoming Perinatal Loss 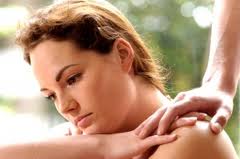 October is Pregnancy and Infant Loss Remembrance Month. Therefore, it seems a pertinent time to discuss the difficult topic of perinatal loss.

Just what is perinatal loss? Perinatal loss is the death of an infant during pregnancy or soon after. It includes miscarriage, stillbirth, and neonatal death.

Miscarriage is the most common of this form of loss, which is defined as “the spontaneous loss of a fetus before the 20th week of pregnancy.” A few statistics which may be illuminating:

Other perinatal losses include stillbirth (defined as “fetal death after 20 weeks gestational age”) and neonatal death (where the infant dies within 28 days following a live birth).

Parents experiencing such devastating loss certainly endure what can be entitled “disenfranchised grief”; that is, a grief which can feel difficult to validate by community on the surface due to the stigma or socio-cultural discomfort of the nature of the loss. Grieving parents struggle with isolation and the potential to develop perinatal depression following such profound loss. Therefore, it is of paramount importance for parents to receive support in the form of psychotherapy, support groups, grief rituals, and bibliotherapy.

Studies show that a strong support network contributes significantly in reducing isolation (grief support groups for bereaved parents will be listed at the end of this article). The couple dyad is also at risk for conflict due to enormity of the loss; therefore it is recommended that couples receive counseling to strengthen their relationship and communication skills. Each member in the couple may have different styles of mourning. Rituals of remembrance considered helpful to the grieving process include: including memory boxes, naming the baby, tapping into spirituality, religious rites/practices, embracing traditions of the family/culture, see/touch/feel baby, photos, funeral, mementos, and journaling.

For those who have not experienced such magnitude of heart-breaking loss, it can be difficult to understand how deeply challenging the ensuing grief process manifests for parents who have lost a child. Bereaved parents can be bewildered with well-intended (but not helpful) comments from concerned friends/family who might say comments such as: “Oh, it’s not a big deal. You can get pregnant again.” or “It was not meant to be; the child would have had a medical problem anyway.” Such comments can further exacerbate a sense of isolation and create a feeling of invalidation of the loss. Parents need a listening ear in which they can feel safe to express themselves with nonjudgmental support.

As mentioned earlier in the article, parents who endure perinatal loss are at significant risk for postpartum depression. Women experience hormonal fluctuations after a miscarriage or pregnancy loss, as well as following a neonatal death. Studies show that hormonal fluctuations linked with reproductive events, combined with other factors, can contribute to perinatal depression/anxiety. When grief is factored into the equation, it is clear that such individuals are in need of screening to assess for depression and referral to trained perinatal psychotherapists and support groups.

Many resources are available on the Internet, which include support groups, bibliographies, medical information, blogs, journal/remembrance items, resources for perinatal providers. Please see the following for recommended websites regarding support for perinatal loss:

Related Articles:
Even Dads Can Get Postpartum Depression
Creatively Moving From Grief into Hope and Renewal