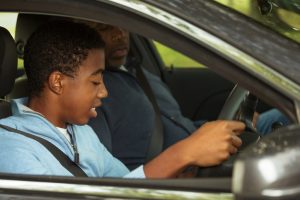 Just one in three New Jersey teens on the autism spectrum receive a driver’s license, according to a study published in the journal Autism.

April is Autism Acceptance Month, and access to a car can increase acceptance, mobility, and independence for autistic teens. The study points to the importance of supporting parents in the decision of whether a driver’s license is appropriate for their children.

The study looked at more than 52,000 electronic health records and driver’s license data for children born between 1987 and 1995. By age 21, 34% of autistic teens had received an intermediate driver’s license. This license allows drivers to drive independently during the day, but restricts passengers to only one non-family member at a time.

Access to a driver’s license can affect a teen’s access to other resources. Teens with driver’s licenses can attend social functions, become independently involved in their communities, and access educational opportunities without relying on parents or other drivers.

Because most autistic teens with learner’s permits go on to get their driver’s licenses, the study’s authors theorize that parents are already in support of their teens driving before the learning process begins. This parental support may help even more autistic teens become drivers. The study’s authors recommend parents discuss driver’s licenses with their child’s doctor.

Can Teens with Autism Drive Safely?

A 2012 study found autistic teens may be safer drivers than their peers. Thirty-one percent of teens without autism had been ticketed, and 22% had been involved in a crash. The rate of both citations and crashes among autistic teens was 12%.