Now and Zen: Reflections on Time, Acceptance, and Connection 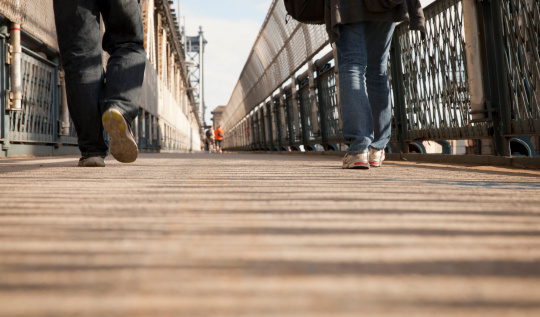 I took a walk to Moonstruck Diner today and met a friend for lunch. It was a pretty good walk, except I went a little too fast and had to slow down to a stroll at the end because I was early, but that was OK because I got to look around at some parts of New York City I don’t usually get to see, at least not at an easy pace. Maybe that’s when the walk became a meditation, or maybe that’s when it stopped being one (or rose to a different level).

I looked in all the store windows at the beautiful woven rugs, the elegant sinks, the furniture, and with the greatest pleasure I passed Katagiri, a wonderful grocery store that specializes in Japanese foods and goods. I usually have trouble remembering its name and then finding it when I’m looking for it, but if I’m not looking, it sometimes turns up. I’m supposed to remember the grocery store’s name because of my private reminder joke: “Who is a Zen grocery store?” The answer: Dainan Katagiri Roshi (famous author and teacher) is zen, Roshi rhymes with grocery (kind of), and so the answer—Katagiri Roshi becomes Katagiri grocery, or at least it’s supposed to, when it wants.

Dainan Katagiri wrote about Zen. One of his books is called Each Moment Is the Universe: Zen and the Way of Being Time. Which reminds me that a few days ago I watched Me and You and Everyone We Know, an independent film directed by Miranda July and released in 2005. I borrowed it from the library. The librarian told me that I would love it; she said she did and so did everyone she knows. She was right. You might love it, too. It’s about the moving circles of time and relationships (also, kids and death).

So where am I going with all this? I’m going straight to the passage of time, acceptance, and connection. It may not always look like it, but we are all always going to the same place, even though our routes may differ.

Katagiri Roshi wrote about many things, including the value of silence. I wonder if we are able to tolerate, much less enjoy, the beautiful aural space that silence creates. That space gives room for thinking, musing, walking around, and looking at things. I took my walk in New York City, mind you, on a crowded and busy Second Avenue filled with cars, trucks, construction projects, and some pretty grouchy people. But with the exception of one particularly aggressive person, who shouted at a woman and child to get out of the way, mostly the noise was a distant background.

When I met my friend for lunch there was less silence; we had a lot of news to catch up on. I was a little early, as I mentioned. She arrived right on time and told me she had been walking around because she was early, too. That’s probably one reason we are friends. Also she is honest, loyal, kind, and accepting.

I could see that she was upset when she sat down, and she promptly told me that a newborn family member is developmentally delayed. The baby’s mother loves the baby and can’t accept the diagnosis. The baby’s father accepts the diagnosis but can’t accept the baby, so I guess neither of them can accept the child they have; they’re still waiting for the baby they planned for. I hope the two of them can find a way to hold and accept this baby, each other, and themselves. It’s a tough situation. Someone once told me that finding out that your new baby has problems is like thinking you’re taking a trip to Hawaii but somehow you wind up in Siberia; the clothes you packed are irrelevant.

What can the parents do?

Of course, it will take time for the parents to understand and digest their new parental roles. Meanwhile, we are all just walking along Second Avenue.