New Year’s Resolutions and Addiction: The Strength of Weakness 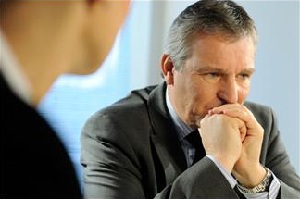 I just read in a newspaper article that health clubs see a nice jump in membership at this time of year, due to all those New Year’s resolutions to lose weight. Of course, many new members will make a concerted effort for a month or two, and then slowly drift away.

Why is so hard to change or break bad habits? For instance: snacking or nibbling in a way we know is not the healthiest for us but have trouble stopping (I’m guilty of this myself).

First, notice the word “guilty”. Why guilty? Is this a trial? What, exactly, am I guilty of? I imagine a giant finger wagging at me from above, shame on you. After all, I know that this is not a healthy habit.  But knowing this doesn’t seem to help.

We all have good excuses for not sticking with our resolutions to stop or cut back on the snacking, smoking, drinking, or what have you. But it’s astounding how fluidly the status quo re-asserts itself. Sure, we tell ourselves we don’t have the time for the gym (or support group), we have other priorities like work and family, or hey, this little habit takes the edge off and doesn’t hurt anyone… And yet there’s that lingering feeling of guilt we often have while rationalizing to others and ourselves.

Change is difficult, partly because knowing a habit isn’t healthy is not enough to change it, even in light of the guilty feeling I’ve described. But we’re smart. If you know you should do something, just do it, right?

There is a slogan oft-quoted in recovery circles: Self-knowledge availed us nothing. In other words, knowing isn’t enough – in this case, enough to stop one’s alcohol abuse. Knowing is cerebral, abstract. The guilt feeling is stronger, more intense, as is the impulse to repeat the behavior. In fact they feed off each other. Guilt or shame – not exactly warm and fuzzy feelings – can almost induce a desire to self-soothe via a habit or compulsive behavior.

It’s almost as if there are two strong “impulses” within us: to be “good” in the moral (long term) sense and to feel good in the present. The giant finger nags, the child sticks out his tongue. Meanwhile we’re caught in the middle. Our culture does not help, sending us very mixed messages: Eat balanced meals, drink responsibly, obesity is rampant, get off the couch…obey your thirst, betcha can’t eat just one, it’s Miller time, I want my MTV.

About a hundred years ago, Freud talked about the Id, Ego and Superego as metaphors for components of the psyche that have conflicting agendas: The Id is akin to a rambunctious child who thirsts and hungers and wants to satiate himself now; the Superego is like the grandparent who “knows” what is right and wrong, and scolds us when we go off track (“no more cookies for you, young man”); the Ego is the decision-maker – stuck in the middle, trying to make peace and compromise (“Ok, I’ll have the extra cookie and hit the gym tomorrow”).

All of this is greatly intensified when it comes to addiction.

If we can all agree that changing a habit that offers immediate gratification is difficult, just imagine when that habit involves something as intensely pleasurable as drugs or alcohol or sex. Folks may have a hard time understanding why someone can’t stop (even if they “know” it’s wrong), but surely everyone can understand the pleasure of pleasure –   especially when the idea of living without these comforts is so scary. To give you an idea, think of a frequent habit that you find soothing and pleasurable…and try going without it for 30 days.

Now imagine that you have become dependent on that habit to feel “normal” or sane – even if that behavior brings self-criticism or shame. In fact, knowing its wrong only makes these negative feelings worse, since it leaves one feeling weak, willful, selfish, and so on.

To return to the Freudian three-part model, many of the functions of Id, Ego and Superego are unconscious, or outside awareness. Many times I’ll hear a client say something like, “Yes, I really have trouble stopping, and it’s disgusting”.

Disgusting. Or shameful, hateful, stupid… The litany is endless. Many are shocked when I point this out to them. Often they have difficulty letting up on themselves, saying something like, “Well I deserve it, don’t I?” or “It is disgusting, don’t you think?  If I were smart, I’d stop.”

This is the scolding “critic” talking which, paradoxically, only reinforces the behavior. The Superego may roar in disapproval, but the Id only hides, biding his time until he can pop up again. You can’t control me, so there. This only provokes more self-criticism – so painful and guilt-laden that the need for soothing intensifies.

Most of us want to “get rid of” that Id-driven part of ourselves that we find “disgusting”. It’s embarrassing to have lost control, to appear childish or self-indulgent or “piggish” in our lack of discipline. We tend to blame the baby and the bathwater, not only the behavior but the part that wants; we feel ashamed of ourselves for our desire. At the same time, the Superego’s criticisms grow tiresome, and are pretty harsh, so we ignore or put a muzzle on it. Which leaves us pretty much in the same vulnerable place, since pretty soon both Superego and Id reemerge yet again, hungry as ever for control.

Our current forces of polarization ain’t just in Washington!

The only real way to change is to somehow find compassion – not for just one part of ourselves, but all parts, both the immediate “shameful” part and the nagging, critical part, to understand that the way we are living and seeing the process of living is the problem, that it’s painful to withstand the internal wear and tear of this conflict, to have it repeat over and over again with no resolve in sight, and that we alone cannot be our own psychic diplomats to the warring parties in question. We’re too enmeshed with the parts – the Freudian model is just a metaphor, after all.

I believe (in my own biased way, granted) that because so much of this is outside our awareness, finding help and guidance to resolution is essential. Of course, seeking help goes against the grain of our individualized, “I got this covered” culture. This is why those who come for treatment feel so demoralized…it’s their last resort, after a stinging series of failed attempts to make changes on their own.

Fortunate are those who find that resolving a problem is more important than pride (which should never be underestimated). This to me reflects true love: stronger than self-image, if we understand that drinking or using or other compulsive behaviors are or can become threatening to our sanity or erode those relationships we care about most, even our professional lives. The tragedy is that some people would rather be alone and destitute than “weak” or challenge their pride.

I believe seeking help with a problem is an act of love, and requires great strength. Hallmark cards are sweet, but sometimes love takes a sacrifice that, at the time, is a bitter pill indeed. It takes real courage to sourly confess that “no, I can’t figure this out, and I can’t make peace or find a solution without some kind of assistance.  It kind of sucks, and I never thought I myself would need therapy…but this needs to change and I can’t do it alone”.

That statement itself is the beginning of change, true change, the willingness to look beneath the surface and address the process of the way we live, and not a single isolated behavior.  There are a few I know who can do it by themselves, but most can’t, and those that can often end up isolated and tense as coiled wire.

In the end, the idea of change is almost always more frightening than the change itself. This epiphany is worth every minute and ounce of energy that one puts into the effort to change, which begins to occur with sustained effort, and which until that moment has seemed elusive, maybe impossible.

May we embrace our flawed humanness with compassion in 2012!