New Year’s Resolutions: Finding the Message Behind the Motivation 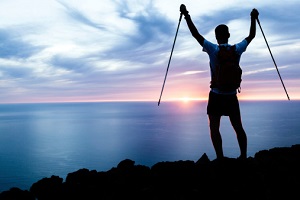 New Year’s resolutions can be expressions of hope. They convey a commitment to a change of action, attitude, or behavior. Yet resolutions are often singular accounts that hold messages of prior failure. They frequently use deficit language based on what not to do, how not to be, what should cease.

Michael White, creator of narrative therapy, describes the “absent but implicit” as “associated with the idea that in order to express one’s experience of life, one must distinguish this experience from what it is not.” Thus, White proposes that our descriptions of our lived experience are always relational, rather than direct representations. If a therapist engages in an act of “double listening,” he or she can discern and explore significant meaning in what is implied or left unspoken. For example, what preferences and values are contained within New Year’s resolutions? How can we gather richer descriptions of the “absent but implicit” that is suggested by these pledges to new beginnings?

Examples of some familiar New Year’s resolutions are dieting, reducing spending, drinking less, being on time. Therapeutic conversations can expand a person’s understanding of the greater significance of these undertakings. What might be the effects of these changes on the person’s relationships and other domains in his or her life? Would it be helpful to identify friends and family that might witness or assist the person’s new intentions?

Through the years as a narrative therapist, I have listened for the “absent but implicit” in my client’s declarations of New Year’s resolutions. This has enhanced a collaborative investigation of larger meanings and preferences. Some examples:

A person spoke to me last December of a New Year’s resolution “to stop procrastinating.” He described how procrastination could lead to a feeling of “stuckness” that immobilized “energy” and “follow-through.” A number of our next sessions touched on Michael White’s idea of the absent but implicit. This person found that his wish to stand up to procrastination was connected to a less visible but deep desire to “show up fully” in the world. He was determined to reconnect to passion, vitality, and the expression of a creative voice that “procrastination” was attempting to defeat. This was expressed to significant others, many of whom had been wondering about this person’s plans for his future. A New Year’s resolution “to stop procrastinating” led to an actualized year of effort that was witnessed and supported by a larger community.

Although this greater understanding of the resolution was key, this person also came to realize that a small part of procrastination’s voice was worth heeding. It spoke of balance, an inner knowing that life is not all doing but needed to include gaps for rest, musing, and daydreams. It became possible to discern between procrastination’s “wastes of time” and the occasional, necessary moments to collect, recharge, and renew.

Therapeutic questions can help situate New Year’s resolutions within a broader context of identity preferences and imagined futures. Michael White’s conception of the absent but implicit has been a great help in enriching these stories of intention.

© Copyright 2010 by Lucy Cotter. All Rights Reserved. Permission to publish granted to GoodTherapy.org.