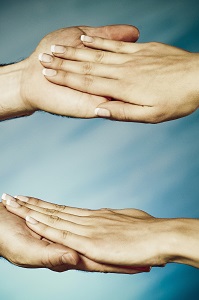 The practices of narrative therapy often challenge simple explanations of objective truth. Our lives are seen as multi-storied, rich with details and diverse experiences. In narrative therapy, we seek the neglected aspects of our stories that have been given less power and visibility. In my work with couples, externalization allows for the excavation of affirmative stories that are hidden beneath problems such as blame, conflict, and disconnection.

On arriving in therapy, couples often see problems as part of their relational identities. These problems have frequently been internalized, embedded in the accounts that couples tell about themselves. When problems disguise themselves as truth they prevent alternatives, exceptions, and possibilities. The problem’s existence is perceived as a given, as if it were determined and immutable.

Narrative therapy views problems as separate from the couple, and uses the technique of externalization to distinguish this separation. Externalization is achieved by a discursive shift where problems become referred to as nouns, and thus, as separate objectified entities. The couple chooses a name for the problem through collaborative conversations with the therapist.

For example, in a situation where partners describe feeling annoyed at one another, an externalizing question might ask how “annoyance” is interfering with the couple’s desire to connect. A couple may choose a different name for “annoyance” that has shared personal resonance such as “The Mosquito” or “Aggravation.”

Through externalizing conversations, the many contexts and discourses that have reinforced a problem’s definitive stature are removed, allowing the problem to stand independently.  Externalizing questions subverts the problem’s power by undermining conclusions that have gone unquestioned. This also creates space that allows for the collaborative investigation of the problem and its effects. The couple can experience the relationship without the problem’s complete dominance.

How can a couple protest the contributions that support a problem’s ability to flourish? How is the problem causing harm? Does the problem conflict with the values and hopes that the couple might share from the past, present, and future? Externalization generates new territory that provides room for alternatives to be explored.

Examples of externalizing questions for problems:

Externalizing language can also be used for discussing solutions and resources. Externalization can invite a couple’s sense of agency, bringing forth a reinvigorated engagement with the couple’s skills, abilities, and knowledge.

Examples of externalizing questions for preferences:

Externalizing can be viewed as producing a binary between the person and the externalized problem. Through a postmodern or social constructionist lens, binary configurations are seen as forms of closure, where meanings become fixed and decontextualized. Johnella Bird (2004), whose work is strongly identified with narrative therapy, describes the importance of what she terms “relational language.” Bird suggests using relational language as a way to resist creating binaries between person and problem.

When using relational language, meanings are being constantly renegotiated. The therapist and couple are in ongoing conversations that grapple with meaning, frames of reference, and the clients’ lived experiences. Relational language invites an active participation and presence.

Couples’ use of externalization often frees “imagination” and “hope” from the confinement and weight of relational problems. Externalization generates opportunities for couples to collaboratively construct the preferred stories of their relationship. As a narrative therapist with a passion for couples therapy, I find that externalization provides a powerful means for inviting new possibilities.

© Copyright 2009 by Lucy Cotter. All Rights Reserved. Permission to publish granted to GoodTherapy.org.