The Myths of Powerlessness and Disease 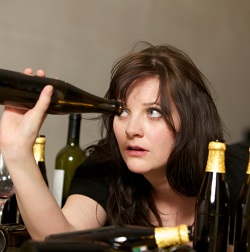 Editor’s Note: The following article was written solely by the authors listed above. The views and opinions expressed here are not necessarily those of GoodTherapy.org. Questions and concerns regarding the article’s content can be directed to the authors or posted as a comment below.

AA and 12-step based programs, which make up 98% of U.S. treatment programs, are based on premises that both research and experience indicate are not only unfounded, but actually prevent you from getting over your problems and leave you with less than a 5% chance of recovery over five years. This article is based on the article 6 Secrets Ex-Drinkers Know That You Don’t, and 12-Step Programs Don’t Want You To Find Out that we posted on our website last year. We felt we needed to get the facts into wider circulation, so here’s a newly minted rendition of the first two “secrets” for your consideration.

What happens if or when you attend your first AA meeting? Shortly after you arrive you sit down and then one of the first things you’ll hear is that you’re powerless when it comes to alcohol. Just when you’ve finally taken the initiative to do something about your drinking problem, you’re told you’re powerless. Probably not exactly what you want or need.

Are you truly powerless? Is it even helpful to see yourself that way?

Does this basic principle of AA apply to you? Or is it complete nonsense?

Are you truly out of control in other aspects of your life? For over 95% of us the answer is a resounding “NO.” Like all of us, you’ve experienced both success and occasional disappointment. But you were hardly powerless. And you are no more helpless today. Quite the opposite.

When someone tells you you’re powerless to deal with alcohol, it’s a cop out, an easy way to deny your responsibility and never actually make any progress in resolving the problem. But once you’re hooked on the idea that you’re a victim, and the only people who can help you are the members of the 12-step group, how much progress do you think you’ll make?

You actually do, however, have the power to change. What you need is expert guidance in how to exert your personal control. Imagine if you were struggling to lose weight and someone told you that you were powerless. You’d be doomed to failure. That’s what will happen to you if you buy the idea that you have no control over alcohol. Is that what you want?

Or do you want to be someone who is in charge of your life and on the track to success? If this is the case, your thinking is going in the right direction and you can achieve your goals. The real “first step” is to ignore the idea that you’re powerless. You have the power to make choices and changes and don’t need groups, labels, and more irresponsibility to go with it.

Research shows that people who believe they are “powerless” are far more prone to relapse into destructive drinking than those who don’t and actually increase their binge rate four to seven times what it was before they “admitted they were powerless.”

Don’t let failed models keep you from seeking help in the early stages of alcohol abuse.

Myth #2: You Have an Incurable, Progressive Disease!

If you have ever been to alcohol rehab or AA or talked to almost anybody about alcoholism, you have probably noticed that nearly everyone immediately puts on a solemn face and says, “Well, you know, it’s a disease. You’ll need to stay clean and sober for the rest of your life, or it will kill you.”

Wrong! There is no evidence that it’s a disease and ample evidence that it isn’t progressive. Alcoholism is a symptom and a coping mechanism that’s gotten out of control. It’s easy to forget that alcohol is a drug, and—as its popularity shows—an extremely effective one. It reduces anxiety and tension with speed, effectiveness, and availability that other drugs can’t hope to match.

So stop thinking about alcoholism as a disease and think about it as a symptom of other things in your life that are not working. Drinking too much is a behavior that needs to be modified or eliminated. You do it with other behaviors all of the time; you can do it with alcohol, too.

You might be asking, “So where did this ‘disease of alcoholism’ come from?”

In part, it came from treatment programs hoping to cash in on medical insurance; if it’s a disease, insurance should pay to treat it. The problem was, the insurance companies quickly realized that disease-based programs didn’t work, so they quit paying for them.

What the disease concept does provide is an “out” for people who wish to continue an alcohol-centered life under the guise of being “powerless” victims—people who wish to maintain the behaviors but escape the criticism of spouses, employers, and judges while they “work their program.” You have to admit there is some appeal there.

But what if you actually want to fix your life? Then it simply becomes a stumbling block, one which, if you embrace it, will kill you. You will just keep going to meetings, relapsing, bingeing, and “recovering” until you’re dead, never realizing that quitting is a choice you have—a choice you can exercise. Don’t you want to be a fully functional person who re-asserts control over your life?

So skip being powerless over a non-existent disease. You can, you know. It’s your choice.