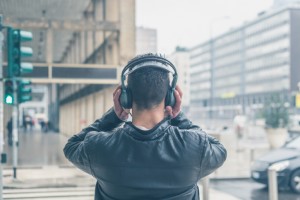 People with epilepsy may process music differently than people without the neurological condition, an insight that might eventually provide new treatment options for people who experience frequent seizures.

The finding was the result of a study presented at the American Psychological Association’s 123rd convention. Epilepsy—the fourth most common neurological condition—affects about 150,000 Americans each year, according to the Epilepsy Foundation. The most common form of epilepsy originates in the temporal lobe—a part of the brain that helps process sensory input, emotions, language, and visual memories.

Researchers recruited 21 participants with epilepsy. Each participant had sought treatment at The Ohio State University Wexner Medical Center’s epilepsy monitoring unit between September 2012 and May 2014.

Each participant underwent a brain electroencephalogram (EEG) to record brainwave patterns while being exposed to various sounds. In the first portion of the trial, participants heard 10 minutes of silence. Next, each participant listened to either “My Favorite Things,” performed by John Coltrane, or Mozart’s Sonata in D Major, Andante Movement II (K448). Participants then heard a second 10-minute period of silence, followed by the second musical piece. The order of the musical pieces was random, so some participants heard Mozart first, while others listened to Coltrane.

All participants had much higher levels of brainwave activity when listening to music, but people with epilepsy were more likely to have brain activity that synchronized with the music, particularly in the temporal lobe. Music is processed in the auditory cortex, which inhabits the same region of the brain.

What Findings Could Mean for Future Treatment

The research team says it is unlikely that music would replace conventional epilepsy treatments, but it could eventually work in conjunction with traditional treatments to prevent seizures.