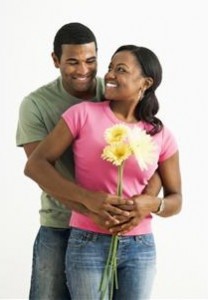 This case description is the first in a two-part series on Pragmatic/Experiential Therapy for couples.

“Things changed almost immediately once Johnny came along,” Fred explained. “Nothing I did was good enough. According to her, I was selfish and thought only about myself. At first I thought that maybe she was right, so I really tried to devote more attention to her. I called her during the day to say, ‘Hi,’ and I got babysitters so we could have dates, but it wasn’t enough. After awhile it became clear to me that I would never ‘meet the mark’ with her.” Mary painted a different picture. “I can tell when a person’s heart isn’t into something,” she said. “He isn’t into our relationship, and I don’t think he ever really was. He can get enthusiastic about all kinds of other things—his work, the kids, even our friends—but not with me.”

In my initial sessions with them, it was clear that Mary and Fred each believed that the other was mostly to blame for the distance that had crept into their relationship. Fred believed that Mary was a negative, controlling person who was emotionally immature; Mary believed that Fred was self-centered and emotionally stunted. Like most people, Fred and Mary had no idea that their internal beliefs could paralyze their relationship, but the evidence is clear: Beliefs that fuel feelings of contempt are highly toxic to relationships. Contempt arises when one believes oneself to be on a higher plane of maturity than one’s partner. It is the single most potent predictor of negative relationship outcomes that has been identified to date. When contempt takes a foothold, relationships rarely survive. Studies suggest that even the most well-intentioned person cannot swim upstream against the current of his or her partner’s contempt for long.

Fred came upon contempt innocently enough. His belief about Mary’s relative culpability and his relative innocence was not a vicious maneuver intended to injure Mary. It was his best attempt to make sense of what had gone wrong. He had no idea that in adopting this belief, he had wandered into extremely dangerous territory. I knew that if Fred wanted Mary to treat him differently, he would need to find another way to make sense of what had happened in their relationship—one that didn’t place Mary in the role of the villain. In my initial interviews with them, I found ample evidence suggesting that Mary wasn’t the villain any more than Fred was. Both of them had habits that studies have shown to be damaging to relationships.

Phase I: Getting off the High Horse and Assuming Personal Responsibility
I began by simply letting Fred know about studies that have verified the destructive power of beliefs such as the one that he held about Mary. I summarized, “Of all the things that researchers have found to be damaging to relationships, the mistaken belief that one’s partner is ‘the main problem’ ranks near the top of the list. In most situations where one or both partners believe this, researchers have found that it isn’t true. Usually, both partners have habits that are just as detrimental to their relationship. Misplaced overall blame is the first thing I look for when I begin working with a couple. It’s clear that both you and Mary believe that the other person is the main problem. I believe that you are both biased, and this bias is no small thing. Beliefs about one’s own relative innocence and one’s partner’s relative culpability, whether spoken out loud or silently held, paralyze relationships and prevent partners from letting down their guard with each other. I know that if I can’t help each of you develop a more balanced understanding of your relative contributions to the depleted condition of your relationship, we’ll probably be wasting our time. “

These were strong words for Fred and I’m sure that he would not have been able to receive them from me had he not sensed that I liked him, understood him, was not judging him, and wanted nothing more than for him to have his heart’s desire. Fred was keenly aware of Mary’s bad habits but relatively blind to his own. He listened intently as I cited examples of his problematic habits and contrasted them with those of people who know how to get their partners to treat them well. Fred was not aware that he had habits that were highly predictive of poor relationship outcomes. He had operated on the assumption that the person who commits the first offense in any given situation is the most culpable party. To him, Mary’s criticism seemed to come out of the blue and was almost always unwarranted. I told Fred about evidence from relationship studies suggesting that sooner or later, all people in long-term intimate relationships do things that are unhealthy for their relationships, whether intentionally or not. I explained, “The question is not if your partner is going to engage in unhealthy relationship conduct, the question is ‘When is it going to happen?’ Studies suggest that if you want to be treated well by your partner, you must have the ability to react effectively when your partner says or does things that are unhealthy. The ability to respond effectively is not optional. It’s a requirement for anyone who hopes to have a partner who treats him or her well over the long haul.”

I had a similar conversation with Mary, challenging her belief that the main problem was Fred’s selfishness and helping her understand the harmfulness of some of her own habits. As I had with Fred, I assured Mary that I wasn’t telling her what to believe— I was just giving her information that I believed could be important for her to have, and I would respect her need to decide for herself if the information applied to her. In Pragmatic/Experiential Therapy (PET-C), the therapist proposes goals but is careful to avoid imposing them.

The first phase of PET-C always involves a concerted attempt to help partners come down off of their high horses. As each partner gains a better understanding of how his or her own habits have contributed to the depleted condition of the relationship, the therapist helps each accept mutual responsibility while in the presence of the other. Old wounds are healed as the therapist helps partners avoid blame and defensiveness while engaging in conversations about past hurts.

To be continued in Part 2.

References
1. Atkinson, B. (2011a). Developing habits for relationship success. (Version 4.1). Geneva, IL: The Couples Research Institute.
2. Atkinson, B. (2011b). Supplementing Couples Therapy with Methods for Rewiring Emotional Habits. Family Therapy Magazine. Alexandria, VA: The American Association for Marriage and Family Therapy, 10(3), 28-32.
3. Atkinson, B. (2010a). Rewiring emotional habits: The Pragmatic/Experiential Method. In: A. Gurman (Ed.), Clinical casebook of couple therapy (pp. 181–207). New York: Guilford Press.
4. Atkinson, B. (2010b). Interview with Brent Atkinson on the brain and intimacy. In A. J. Carlson & L. Sperry (Eds.) Recovering intimacy in love relationships: A clincian’s guide (pp. 233-247). New York: Routledge.
5. Atkinson, B. (2005). Emotional intelligence in couples therapy: Advances from neurobiology and the science of intimate relationships. New York: W.W. Norton.
*Additional articles and resources related to Pragmatic/Experiential Therapy for Couples can be found at www.thecouplesclinic.com.

Related articles:
Part I – The Prerequisite Habits: Lessons Learned
If Only My Partner Would Change, Then Everything Would Be OK
Bridge the Gender Communication Gap