Mothers with Bipolar at High Risk for Postpartum Psychosis 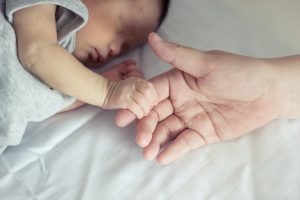 Pregnant women who have been diagnosed with bipolar may face significantly higher chances of developing postpartum psychosis, according to a study published in The American Journal of Psychiatry.

Postpartum psychosis and postpartum depression are both serious conditions, but while the symptoms of postpartum depression—including anxiety, extreme fatigue, and sometimes obsessive thoughts—can usually be managed over extended periods of time, psychosis is an acute medical emergency featuring delusions and hallucinations that requires immediate intervention. The severity of the condition makes prevention of utmost importance.

The Difficulty of Treating Postpartum Psychosis

Addressing the condition with medication during or shortly after pregnancy can present a challenge due to the risk of potential harm to the child, either directly through the blood supply or in breast milk. However, failure to treat the condition can place both the mother and child at risk. This issue inspired the study, which was performed by conducting a review of existing research.

Less than 30 publications were found to be applicable to the review; a sign that the rarity of the issue translates to a lack of research on it in the medical field. The incidence of first-time postpartum psychosis or mania (a bipolar state that can lead to or even mimic psychosis) is estimated in the range of 0.25 to 0.6 occurrences per 1,000 births.

Researchers say the main finding from the review is the fact that postpartum psychosis most often results from bipolar, but the diagnosis is often missed due to its rare occurrence. The review also calls for additional research into the condition.

Another recently released review published in the journal Psychiatric Clinics of North America evaluates evidence about the potential risks associated with the use of medications that are often prescribed to treat bipolar.

Lithium is often the first line of defense for bipolar and associated postpartum psychosis, but it is also suspected of causing problems in developing fetuses, so it is currently recommended after birth with strict monitoring. Researchers have studied a small number of lithium-treated mothers and found no negative effects for any of the mothers or children, but they say more research is needed to confirm these findings.

When women require psychiatric care for postpartum psychosis, most hospitals in the United States separate them from their baby, making breastfeeding and other care impossible during recovery. Along with prevention, researchers highlight the importance of joint psychiatric care for both mother and child.