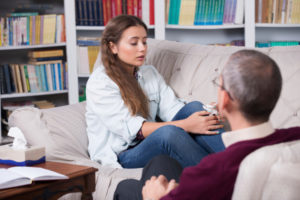 Talk therapy and lower doses of antipsychotic medications may be more effective at treating schizophrenia than the traditional approach of high-dose antipsychotics and minimal therapy, according to a seven-year National Institute of Mental Health study.

The antipsychotic drugs traditionally used to treat schizophrenia can produce negative side effects, such as muscle spasms, changes in libido, blurred vision, and weight gain. As a result, noncompliance is high. One 2012 study found more than 70% of people with schizophrenia discontinue antipsychotics shortly after starting them.

In 2014, Congress awarded $25 million in block grants to help states fund early-intervention mental health services. Thirty-two states have used the funds to offer blended treatments, such as medication and talk therapy. Looking at people with schizophrenia in these states, researchers were able to assess the effectiveness of various approaches to schizophrenia.

Researchers looked at people seeking assistance in the two years following a diagnosis. Providers at the facilities where these participants sought care did not only offer medication. They also provided therapy, assistance with daily decision-making, education about schizophrenia, and other services designed to help them better understand and control their condition. Doctors also significantly reduced the antipsychotic dosages participants received—cutting the recommended dose in half in many cases.

Participants in the new programs that emphasized therapy and a holistic treatment approach had better treatment outcomes during the two years after their diagnoses than participants who only received antipsychotic medications.

The study is the first to test such a program in the United States. It could ultimately revolutionize schizophrenia treatment.