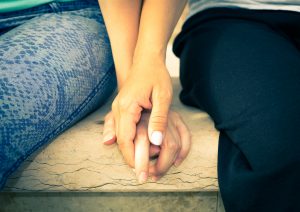 Almost half of all Americans, and 63% of millennials, say same-sex relationships are “not wrong at all,” according to a new study published in the journal Archives of Sexual Behavior.

The study marks a dramatic shift in public perceptions of same-sex relationships. Between 1973 and 1990, the number of adults who said same-sex relationships are not wrong increased by just two points, from 11% to 13%. Researchers also found an increase in same-sex sexual experiences, particularly among women.

The study relied on data from the General Social Survey, a nationally representative survey of American adults that has been conducted since 1972. The survey included 33,728 participants.

In 2014, 49% of adults found no issue with sexual relationships between same-sex adults. Sixty-three percent of millennials agreed. Although millennials were more accepting of same-sex relationships than Generation Xers were at the same age, the study showed a shift in attitude among all adults.

An Increase in Same-Sex Sexual Experiences

The largest increase was among people living in the Midwest and South. Researchers say this increase was not due to an increase in the number of people identifying as lesbian or gay. Instead, more men and women had bisexual experiences, reporting both male and female partners.