Mom, I Didn’t Know I Didn’t Want to Be Like You 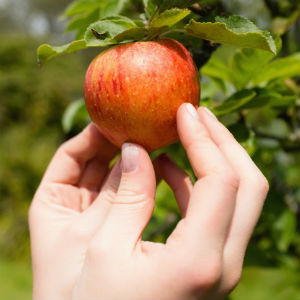 When I think about individuation, I think about the struggle to differentiate from one’s parents and develop one’s own, unique voice. In describing the variety of ways children differentiate, we often neglect the experiences of children who have unconscious wishes to be different from their parents. When this desire is out of awareness, the feelings that fuel the need to be so totally other may unconsciously affect behaviors and relationships.

I am going to describe my work with Nancy, who was not initially aware that she was ruled by her wishes to be nothing like her mother. Nancy came to see me because she was having difficulty with her adolescent daughters.

Nancy arrived at my office for our first session. She was an attractive woman of 38, smartly dressed, poised, and professional looking. When she sat down, her grown-up worldly demeanor changed to that of a sad little girl and she sobbed: “I don’t know what to do,” she said. “I love my kids, but they hate me. I went shopping with my 13-year-old Franny, and when I was trying to help her pick out a skirt, she yelled at me, ‘You’re so stupid! You have no idea what’s nice!’ I tell them they can’t treat me this way. Jane, my 15-year-old, just laughs and tells me I’m being silly. This is so awful. I would never talk to my mother like that. My husband gets angry at me because of how I let them treat me. But I can’t seem to get them to listen to me or stop them from being so mean.”

Nancy’s upset contrasted starkly with the immediate impression I had of her as a self-contained, calm person. I wondered about this discrepancy and how to make sense of it, and hoped that as we worked together, it would begin to make sense.

Nancy began by describing herself: “My life is really good. I’m a partner at a law firm. I work in corporate law and I love my work. I’ve been married for 17 years to my college sweetheart. He’s a freelance graphic artist. I’m the primary breadwinner and I work a lot of hours. But Jack is around with the kids. He’s much stricter than I am, and they mostly listen to him. We sometimes fight about them because I think he can be too strict and he thinks I don’t set enough limits. But we’re mostly OK.”

I soon learned that Nancy mostly existed in two different self states: the independent, successful, competent professional and the scared, mistreated, confused mother. To make sense of these very different ways of engaging the world, I thought it would be useful to explore Nancy’s early relationships. How did such different ways of being emerge?

Nancy grew up with a mother she described as very loving: “I think what she liked best was being with me. She loved to play with me. My brother Pete was four years older and he was closer to my father. Mom never worked and depended entirely on my father, who was a high school principal. She had no friends of her own, and their social life revolved around the school and my father’s friends who were involved with education. She didn’t like to be social. I guess she was meek, also depressed and anxious. But she was the best mommy. I got upset in school a lot because the kids would tease me for wearing glasses or my ugly shoes or they would just be mean. She always reassured me and made me feel I was OK. We still talk a lot on the phone, and she is still my ‘go-to’ person when I get upset about something.”

Nancy and I spent a long time exploring her relationship to her mother. Her relationship with her children was strikingly different. “I would never upset my mother,” she said. “I always respected her and relied on her totally to make me feel good when something bothered me. My kids only want things from me. They don’t need much comfort.”

Nancy’s eyes looked like they doubled in size. She was silent, and then tears began to flow. “I don’t like to think about it,” she said. “But I sort of knew that I didn’t want to be like my mother. I couldn’t stand how dependent she was on my father for everything and how scared she always seemed to be when his colleagues came to our house. I could never tell her how clueless she was about style and the things she picked for me. She worried about money, and I couldn’t bear upsetting her by telling her I wanted nicer things and that I was ashamed. I needed her love so badly. We never got angry with each other; we still don’t.”

In addition to working with Nancy on her fears about getting upset with her mother, we began to explore how intolerable it was for her to get upset or angry with everybody, including her children: “I’m very good at keeping people happy. I can’t stand when people are unhappy. I’m a good diplomat and negotiator, especially at work. But that doesn’t work so well with my children.”

One day, Nancy came to the session full of feelings about how she had just been treated by Jane: “I know we’ve been talking about how I hate getting upset with the kids, not just their getting upset with me. Last night, Jane got home 45 minutes past her curfew. When she came in, it was hard, but I grounded her for a week. She laughed! I could feel myself starting to cry. I tried to remember what we have been talking about. I tried to think: What am I feeling now? What are these tears? I could tell I was scared, anxious about something. I need her to love me. But then it hit me: I was angry.”

“What was it like to recognize your anger?” I wondered.

“It frightened me,” she replied. “How can I be angry at my children? I’ve been working so hard to get them to treat me better and love me. How can this possibly be a good thing?”

Nancy’s recognition of her fear of feeling and expressing her anger opened up a new and difficult area for exploration. In spite of her wish to protect herself from experiencing such intolerable and unwanted feelings, once the knowledge of her anger and fear was expressed, it was difficult to ignore.

Nancy and I have been talking about feelings toward her mother that she has never allowed herself to feel. One day, while describing how Franny got angry at her for not letting her buy the newest, most popular brand of jeans, Nancy began to talk about how she never got angry at her mother for those ugly glasses, clunky shoes, and cheap clothes. “I don’t know if I’m madder at Franny or my mother,” she said. “The fact is, I mostly say yes to Franny’s expensive requests and she gets furious at me even though she gets almost everything she wants. I’m just the opposite of my mother. Maybe I’m letting the girls get whatever they want because I couldn’t even ask for what I wanted. Mom always comforted me and said how sorry she was that I was picked on and teased, but I never was free to tell her that the problem was the clothes and stuff she made me wear and she somehow never took any responsibility for it. … What’s wrong with me? How can I be angry with her when she loved me so much? But I do feel angry and I don’t want to feel this way. How ungrateful can I be?”

Gradually, Nancy is becoming aware of how much she has hidden her negative feelings toward her mother from herself. She is just beginning to acknowledge her lack of respect for her scared, antisocial mother: “I know I have never wanted to be meek or dependent or as socially inept as she is. I worked very hard to make myself the total opposite. I’m so independent of my husband, I make lots of money. I have lots of friends. In college, I did some drugs and was a little promiscuous. My mother would die if she knew. Maybe I did it just to prove to myself that I was nothing like her.”

I believe that Nancy’s increasing awareness of her unconscious feelings toward her mother is improving her relationship with her children. With her acceptance that there can be angry feelings that don’t wipe out the loving feelings, she has become more able to withstand her children’s negativity and be less anxious about setting limits. Nancy’s need to be different from her mother has diminished. She has noticed that in addition to an increased tolerance for her children’s anger, she is more emotionally available to them. Nancy is becoming more integrated. She has less need to keep her competent, contained, professional self separate from her emotional and hurt self. I suspect this will lead the way for the family to be comfortable with a wider range of feelings such as empathy, dependence, interdependence, hurt, love, and anger.