Moderate Digital Media Use May Not Harm Teen Well-Being 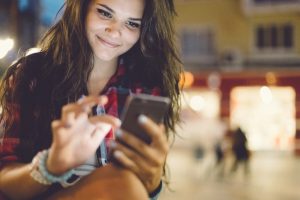 Though parents may worry about the effects of digital media use on developing teens, the correlation between digital media use and well-being is weak, according to a study published in Psychological Science. The study found moderate digital media involvement is unlikely to harm adolescents. Even at higher levels of engagement, the researchers found only moderate declines in well-being.

How Digital Media Use Affects Well-Being

Researchers used data from the United Kingdom’s Department for Education National Pupil Database. This allowed them to track 120,115 15-year-olds in the U.K. Participants provided self-reported measures of psychological wellness and answered questions about time spent watching television, using computers and smartphones, and other use of digital media.

Almost all (99.9%) of respondents reported at least daily use of digital media. The study found no detrimental effects associated with moderate use of screen time. The study suggests there is a “sweet spot” for digital media use. Well-being increases as screen time increases up to a particular point. After that point has been exceeded, well-being starts to decrease. Teens who were moderately engaged with digital media benefited from its use and had more opportunities for social connection. Teens heavily engaged in digital media saw only moderate declines in well-being.

Well-being peaked with weekday use of video games around an hour and 40 minutes, use of smartphones at about an hour and 57 minutes, at 3 hours and 41 minutes of watching videos, and 4 hours and 17 minutes of computer use.

The American Academy of Pediatrics (AAP) recently revised its guidelines for screen time. The organization still recommends limiting screen time in children younger than 5. For older kids, the AAP suggests parents should aim for balance, drawing on digital media for teachable moments. The organization encourages prioritizing daily activities such as time with friends and completing homework, then allowing kids access to digital media.