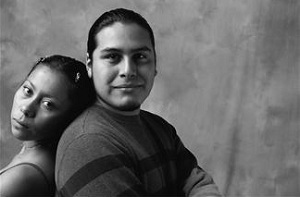 July is National Minority Mental Health Awareness Month, and the mental health issues of minority populations are an increasing source of concern for public health experts. While members of minority groups in the United States experience mental health issues at a similar rate to people how are white, they are less likely to seek treatment. The result is that more people of color have untreated mental health conditions, and the symptoms of their conditions typically grow more severe before they finally get help. Clinicians interested in providing treatment to minority populations should be mindful of the ways minority group membership can affect mental health. People of color face unique mental health risk factors.

All clinicians involved in treating minority populations should be mindful of the effects of stereotype threat. Stereotype threat occurs when a person is aware of a negative stereotype about his or her group and then becomes so anxious that he or she cannot perform at the optimal level. Clinicians with prejudicial views of minority groups can be particularly harmful to the people they treat in therapy.

Barriers to Treatment for Minority Groups

The Hispanic population in the United States is rapidly increasing, and studies indicate that people who identify as Hispanic are significantly less likely to seek mental health treatment from clinicians than other groups. Instead, people who are Hispanic tend to go to clergy or family physicians, who can provide help and support but are unlikely to provide quality mental health care. Increasing the awareness of mental health issues among clergy members might improve this situation, as some people will be more likely to seek treatment if advised to do so by a priest or pastor.

In some minority groups, there is a significant stigma associated with seeking mental health care. This stigma can be exacerbated by societal oppression. A person of color might, for example, be fearful that they will be judged more harshly for a mental health condition than a person who is white.

Language barriers can also decrease people’s desire to seek treatment. Clinicians should be mindful of cultural differences between themselves and the people they work with in therapy and should be prepared both to be knowledgeable about and respectful of cultural differences. For example, a recent immigrant may not wish to tell their family about their diagnosis, and their reticence in doing so should not be viewed as resistance to treatment or a failure to acknowledge a diagnosis.

The Effects of Discrimination

Though politicians still spend time arguing about whether racism is alive and well, the simple fact of the matter is that most people of color do face discrimination. The effects of this discrimination can add up. Twenty-five percent of the black male population, for example, is under some sort of judicial system supervision—jail, probation, etc.—and this can result in a sense of depression, helplessness, and hopelessness in minority communities. Even when discrimination is rare, negative, oppressive interactions lower self-esteem and inhibit self-efficacy. Clinicians should be prepared to take into account the ways in which racism and anti-immigrant sentiments contribute to depression and anxiety in minority populations.