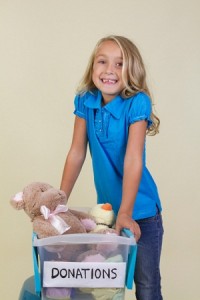 Hurricane Katrina has left a disturbing percentage of children from the most at-risk and poorest families with mental health, behavioral, and physical disorders, according to a white paper entitled, ” The Legacy of Shame: The On-Going Public Health Disaster of Children Struggling in Post-Katrina Louisiana.” The paper was published in November by The Children’s Health Fund and the National Center for Disaster Preparedness, Columbia University Mailman School of Public Health. It states that those children have the highest levels of mental and physical health problems of any group of children in the United States.

According to the paper, “Fifty-five percent of elementary school-age children had a behavior or learning problem. Forty-two percent of children three years and older needed developmental or mental health services.” They list other very high percentages of physical health disorders. The white paper was based on 261 medical chart reviews from the Children’s Health Fund (CHF)/ Louisiana State University (LSU) Baton Rouge Children’s Health Project, which was under the direction of FEMA to provide services to the largest  trailer parks set up to house displaced families. The parks were dismantled last May, but the paper points to an estimated 20,000 children still displaced by the hurricanes.

The white paper states, “Not only has their health not improved since the storm; over time it has declined to an alarming level. This is reflected in their multiple medical and mental health needs, developmental and school problems, and an unusually high rate of nutrition problems identified when the children began health care in the Baton Rouge Children’s Health Project.”

The white paper includes recommendations: 1) that FEMA provide addresses of displaced families who lived in the trailer parks to the state of Louisiana in order to provide current assessments of the children’s health problems 2) a call to the Governor to create a task force of representatives from area medical facilities to establish where each child will be served; 3) development of a plan for each child that addresses academic and developmental concerns, with monitoring and reporting to the Governor; and six others.