Why Do Men Have More Orgasms? 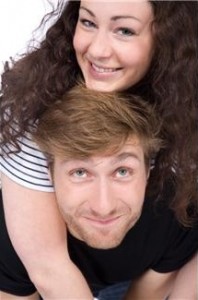 Even though many women become sexually active as young adults, it may be many years before they experience their first orgasm.  And a recent study by researchers Galinsky and Sonenstein (G&S) confirms that this phenomenon is not unusual; according to their study, men are reaching orgasm twice as often as women.

Ninety percent of the men in the study of 3,237 people aged 19 to 25 experienced orgasm as a part of sexual arousal “most or all of the time.”  But less than half of the young women experienced orgasm during sexual relations. As I looked at the results of this study, I wondered what type of “sexual relations” the researchers were referring to. You guessed it, heterosexual “pivi,” the rather whimsical acronym I like to use for penis-in-vagina intercourse.

The G&S research is longitudinal and began with a nationally representative study of students who were in grades 7 to 12 in 1995.  The current data come from 2002, when 20,475 students were re-interviewed in their homes, answering sexually intimate questions via headset and computer. The researchers filtered for young adults who had been in a heterosexual relationship for at least three months. They didn’t consider same-gender relationships, so their findings might not generalize for people in gay or lesbian relationships. That’s disappointing!

G&S found that orgasm and oral sex are “highly valued in American culture” . . . no argument there!  Many of us are downright obsessed with “the big O.”  But women are simply not experiencing orgasm as often as men.  Nine percent of women reported experiencing orgasm less than half the time during sexual encounters with their partner, while 6.4 percent said they never have one. There was no mention about how many of these women “faked” orgasm, but I suspect that the number is high.  (I’m thinking of the iconic scene in the  movie “When Harry Met Sally,” when Sally begins to moan in the diner, inciting a middle-aged woman at a neighboring table to tell the waitress “I’ll have what she’s having!”)

So what about oral sex? This they did cover—there remains a chasm between the sexes, not only in enjoyment of orgasmic pleasure during pivi, but also in enjoyment of oral sex. (My teenage clients have confirmed that both men and women often engage in oral sex several years before they turn 19.)  However, the sex gap here is not as wide: 71% of the women surveyed “like it very much” compared to 84% of men who enjoy it. But most of the women don’t enjoy giving oral sex to men. Only 37% said they like going down on their man, and 10% of the women surveyed were adamant about their dislike for giving oral sex (compared to only 4% of the men.)

I’m not so sure about how “empathy” fits in . . . or really what G&S meant by it. I hope by empathy they weren’t referring to a person trying to convince a partner that he or she is a consummate lover by feigning to have an orgasm!