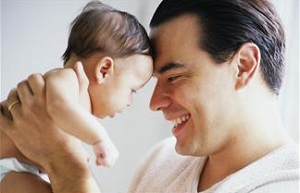 Men facing ambivalence about their roles as fathers can feel terrifically alone in their struggles. Their life transitions are far removed from those of their mate, and there are very few cultural pockets where new fathers gather to share stories. For new fathers, it is not only a lonely time but a perilous one for the marriage pact (roughly 10% of marriages end before their 5th anniversary).  Men who are used to viewing themselves as central figures in their conquest of the world must somehow adapt to a new storyline to find meaning in the process. Follow the story of The Three Brothers as we attempt to give words to the forces at play.

The three brothers stop short their travels, realizing that for the third time they are utterly lost. Like the two times before, they are stuck without maps, shocked by the recklessness of those who have passed before. Not even a cairn of some sort to mark a path. Their father’s compass, useless as usual.

Each brother—eldest, middle, and youngest—represents primal inner voices that guide men’s actions. Also portrayed as The King, The Lover, and The Fool, these three work best when serving a cooperative function. At a point of impasse, it is their work to combine forces and forge a new way forward.

The first time we came to a cliff like this, says the eldest, I found my answer by accepting the courage to leap into the abyss. Leaving all behind, I heeded only my own truth and I became a man.
And we followed, says the middle brother, each our own calling. For we knew that the leap was hardest for you, the golden one, prized by our parents and endowed with the full weight of our ancestors armor. It was hardest for you; to leave behind the brilliant robes, cast off the crown, lay down the spear, and fall into the darkness—and thence forward into the light. If you could do it, we knew we could.

Guided by King energy, men have learned to measure success according to the integrity of their independence from others. Leaving behind the influence of family, friends, and all the associated comforts of home, the King discovers his own solitary nature. Thus the King’s tendency will be to isolate and apply himself to personal achievements in order to overcome.

But there is no cliff here, says the middle brother, I simply see two diverging paths.
There were but two paths at the last threshold, says the youngest, and it was you, middle brother, who showed us the way. One path led to adventure, the other to the sleeping maiden’s lair. We were mired in the swamp between the two, fearful, distracted , hungry, and dissatisfied. Only you, and your silver steed, were able to reach deep enough into that swamp to find its rocky bottom and retrieve for us the ring. We followed you to those deepest reaches, discovering our own rings mirroring the openings to our souls. To make our choice you then showed us how to surrender to the holder of those rings.

Marriage requires surrender. The Lover energy instructs men in how to waken a deep intimate commitment to another. This mature decisiveness is in service to relationship over self and thus lifts men into a sense of Knighthood. Their choices are ennobled by their efforts to deepen connection and co-create shared pleasures with their partner. The Lover’s tendency will be to narrow his focus on the demands and gifts of his primary relationship.

We have committed our rings to our betrothed, says the eldest, thanks to the deep earth power discovered by you middle brother. But this place would seem to put both our achievements to waste. I see a cliff, you see two paths, but our sight is dim. Perhaps it is you, little brother, who can see the truth of our surroundings.

Crossing the bridge into fatherhood spans a life stage where both King roles (as Provider, Rule Maker, Protector) and Lover roles (as Birth Coach, Intimate Partner, Co-Caregiver) carry less impact than before. There is a new game afoot. Accepting roles as a secondary player in this new drama feels like a loss of purpose and vision to both King and Lover. It is nebulous territory. Time for the Fool energy— also known as the Hanged Man, The Magician, Trickster, or Shaman—to take the lead.

It is not a cliff, nor divergent paths, that bar our passage, answers the youngest, but a living creature. Closer to me than any being on this planet, yet alien as well. He has come into my presence by some unfathomable means and stolen all that I hold dear. His presence calms me strangely yet I am caught without words, disturbed. This place is not my own.

The gestation process takes place outside a man’s body. Placed in the observer role, he feels himself to be physically the same person before and after birth. Not so, the wife. Wife and embryo have literally transformed before his eyes into two entirely new beings—mother and child. A dazzling, beautiful journey has taken place but one that includes him only peripherally. The Fool, less  decisive than the King and Lover, simply receives this experience and recognizes it as loss.

To the horror of his brothers, the youngest withdraws into shadow, performing acts somewhat like a man but ethereal as a ghost. “Unacceptable” declares the eldest brother. Alarmed at the threat to his kingdom, he girds himself in the cloaks and armor of his ancestors, places his back against that of his brothers and prepares for battle. “Where then is my beloved?” bellows the middle brother. Heartbroken, he takes his brother by the hand, readies his steed, and scans the horizon for signs of true love. Where once stood the mother and child, a many-headed dragon appears shackling itself to the legs of the brothers.

A period of shock overwhelms the Fool. Without a guide, King and Lover energy default to what has worked for them in the past. Complaints of workaholism and infidelity are major causes of divorce in the first 5 years of marriage. Many men refuse the call of fatherhood altogether, choosing instead to complete what appear to be unfinished quests in their career or in their love life. Whether acted on or not, the temptation for men to retreat to familiar environments outside of the home is common. Feelings of jealousy, abandonment, resentment, and disappointment prevailing in both partners make communication more a burden than a salve.

A long and necessary battle ensues. There is no winner. The younger brother, observing in shadow, continues his reign of silence while his brothers rankle at the dragon’s shackles, testing its metal against their teeth. Time stops moving as the battles take place above ground and below. As fatigue sets in for his brothers, the youngest spies the tender creature who has replaced him atop the soft belly of the many-headed dragon. Even as time stands absolutely still, the child grows. It learns to dance. It utters delightful profanities amid the ruins of the brothers’ most sacred kingdom.

The hurting words of anger and disturbing feelings of shame over the loss of what once was carry on as new fathers grapple with the shifting energies, fluctuating libidos, and exhaustion of their partners. Spoken or unspoken, grief comes as an acknowledgment that there is no returning to previous times. Date nights, anniversary dinners, everyday pauses to kiss between shifts at child care; these are touching but tawdry reminders of those times when Kings and Lovers ruled.
Beneath the anger and shame, however, there is a secret realm that grows at its own pace. A force of creation and destruction that teaches according to its own timing.

Do you see what I see? asks the youngest.
Of course we can, answer his brothers, why have you taken so long to speak to us?
It seems I have a quiet voice, says the youngest. But I’ve been watching. The child will need you both but now he calls for me. Stand aside and behold what it is I offer. I am the part that forgives, the part that receives, the part that is ready to be his magical companion, and to begin from the beginning.
The two brothers stand astonished at their little brother’s grace in action. Gratefully, they pick up the brass compass fashioned from the scars of battle, join hands with their beloved, and move forward on their journey.

There is no shortcut to awaken the Fool from his stupor. It is a man’s own childlike nature that does the calling. For some men, it can take a supreme act of transcending the ego. For others, a simple willingness to take some joy in life while having so little say about one’s esteem, affection, sleep, and outcome is all that is required. Allowing the Fool to lead while crossing the lonely transition from manhood into fatherhood is the work of heroes.

Tips for Mothers in relating to those becoming Fathers: