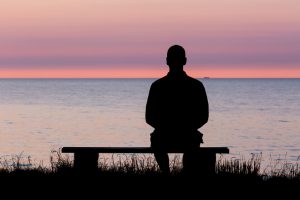 Last year, a study doubled previous estimates of the transgender population in the United States, putting the figure at 1.4 million, or about 0.6% of the population. A recent Gallup poll shows the percentage of LGBTQ+ adults in the U.S. increased from 3.5% in 2012 to 4.1% in 2016. In 2015, Fusion’s Massive Millennial Poll found half of 1,000 people ages 18-34 saw gender as a nonbinary spectrum.

These increased numbers likely result from a general increase in acceptance of LGBTQ+ identities, as people who can expect to be welcomed and supported regardless of gender identity or orientation are more likely to feel safe enough to express those identities and/or orientations. Despite this greater acceptance, however, the mental health care system is not adequately meeting the needs of LGBTQ+ individuals, according to a study published in the Journal of Women’s Health.

Gender and sexual minorities tend to have higher rates of mental health issues, which likely correlate with increased vulnerability to discrimination and violence. According to data from the Office for Victims of Crime, at least half of all transgender individuals experience sexual abuse or assault at some point in their lives. Some reports say that figure is as high as 66%, and sexual assault is often experienced alongside physical abuse.

The study, which limited its scope to participants in Ontario, Canada, compared mental health access among gender and sexual minorities to access among heterosexual and cisgender people. Researchers used a cross-sectional internet survey of 704 participants. They oversampled racial minorities and people of low socioeconomic status to ensure vulnerable groups had adequate representation.

After researchers adjusted for environmental factors such as social support and experiences of discrimination, these differences disappeared. This suggests exclusion and other social factors help account for mental health care differences among gender and sexual minorities.