How Can Married Couples Respond When They Discover They Have Differences? 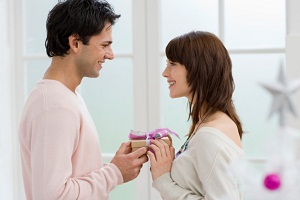 All couples have different viewpoints from time to time. All couples, especially in the early years of marriage, discover areas where his way and her way differ. The challenge of becoming fully successful marriage partners is to be able to talk over each of those differences toward the goal of creating an “our way” plan of action that truly works well for both partners.

Let’s take a simple example. In Mary’s family, birthdays were a big deal so her expectation is that there will be a whole lot of fuss and specialness about her birthday celebration. In Bob’s family, by contrast, people at most offered a pleasant “Happy birthday!”

So when Mary’s birthday comes along, she’s at risk for feeling disappointed if Bob handles her birthday the way that his family would have—with a mere verbal nod. The initial irritation or hurt Mary would feel signals that she and Bob have a his way/her way conflict they need to talk over. Their challenge then is to create an our way responsive to both of their concerns.

Mary and Bob’s solution? Mary would become the choreographer of all birthday celebrations, hers and her husband’s. Bob then would be glad to join in, and to take out his banjo to enhance the event with music. They created an “our way” that delighted them both!