Marriage: The Impact of Resentment on Relationships 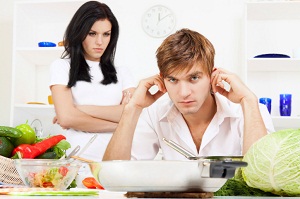 As a marriage counselor, I often hear people say they are no longer in love with their partner. They really believe that they have fallen out of love. However, quite often, what has happened is that they weren’t attending to both big and small issues in their relationship, and then they were unable to resolve the issues. This is where resentment begins to pile up. And resentment is completely toxic to our relationships.

We need to be able to bring up the relationship issues that are getting in the way of feeling not only loved and cared about, but also concerns that may be stopping us from living with personal integrity. It’s up to us to be able to address issues, not ignore them and hope they will magically go away. We need a partner who is willing to hear us out and work through issues with us. If you are in a relationship with someone who will not hear you and will not make agreements with you about what needs to be changed, forgiven, or negotiated, then you may need to rethink being in that relationship. It won’t be emotionally safe for you to bring up important concerns, and you will likely be piling up resentments, which will poison your relationship in the long run anyway.

Many of us don’t like to bring issues up because we don’t want conflict. However, while we may benefit in the short term from a lack of conflict, we are inadvertently doing our relationship a huge disservice, because not only will our partner feel like a stranger because we are not openly sharing our thoughts and feelings; we will also accumulate resentment because we will feel taken advantage of and not cared about.

Yes, bringing issues up can be scary. Letting your partner in on what you are struggling with can provoke anxiety, especially when it’s their behavior that is concerning you. But if we are to have healthy, mature relationships, we need to bring up concerns when they are mild issues that can be worked through, instead of waiting until you wake up one day and realize you don’t even like your partner anymore. It’s not about falling out of love, it’s about letting resentment grow and take over.

If you feel that you can’t bring up issues on your own, or you try and your partner isn’t hearing you, seek out a licensed marriage and family therapist who can provide marriage counseling to help you:

Again, if your partner won’t participate in this important work, the marriage counselor may also help you realize that living according to your personal integrity is crucial and that it may be time to leave the relationship.

The next time you think, “I’m not in love with my partner anymore,” ask yourself if you have let any resentment poison your relationship. If you aren’t carrying any resentment toward your partner, then perhaps you truly have fallen out of love and you can move on–but those are two very different things.