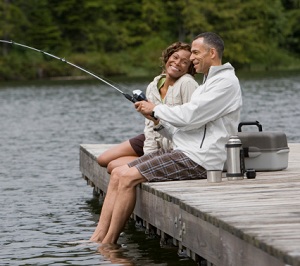 Marriage partners are in a sense yoked together. Couples need therefore skills for making decisions cooperatively. If they can choose together when to turn left and when to turn right neither of them will feel powered-over, dominated, controlled, or even compromised. Instead, each shared decision just enhances their loving partnership.

To make shared decisions, couples notice when one of them once one thing and the other another. As soon as they see this kind of difference, they switch from launching a tug of war over their preferred solutions to exploring the concerns that underlie each of their preferences. As they come to understand their partner’s and their own underlying concerns, then they can look for a solution: a plan of action responsive to all parties involved.

Consider the following example: Mary wanted to move to Montana; Bob likes living in Arkansas. After some argument, they switched from struggling over who would get their way to exploring their underlying concerns. Mary loves the wide open spaces of Montana. Bob’s concern was whether he would be able to find work outside of the state he had always lived in.

Their solution was to agree that Bob would explore job openings in Montana. If a job there looked possible, then he would be glad to move. A month of following job postings and there it was, a perfect job for Bob, and a move to a preferred region  for Mary.