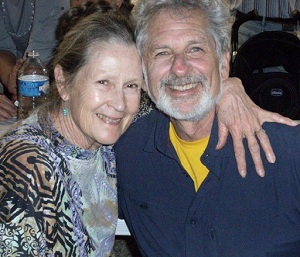 My search to understand male menopause began in the early 1990s and was both personal and professional. Personally, I was nearing the age of 50 and my wife was telling me something was wrong. “You’re hormonal,” she told me. “It’s like you’re going through menopause or something.” At first I laughed at the idea. But professionally many of my male clients were experiencing a loss of sexual desire, erectile dysfunctions, irritability and anger, and other symptoms that I was learning were related to the “change of life.”

Gail Sheehy, author of Passages and Menopause: The Silent Passage, wrote in a 1993 article in Vanity Fair magazine, “If menopause is the silent passage, ‘male menopause’ is the unspeakable passage. It is fraught with secrecy, shame, and denial. It is much more fundamental than the ending of the fertile period of a woman’s life, because it strikes at the core of what it is to be a man.”

History of Research on the Male Change of Life
The concept of male menopause is not a new phenomenon. In 1944, Drs. Carl G. Heller and Gordon B. Myers wrote a paper, “The male climacteric: its symptoms, diagnosis and treatment,” in the prestigious Journal of the American Medical Association. The symptoms which the authors attributed to the male climacteric were exactly those that have been described in more recent literature as symptoms of andropause or male menopause: Loss of libido and potency, nervousness, depression, impaired memory, the inability to concentrate, fatigue, insomnia, hot flushes, and sweating. Heller and Myers found that their study subjects had below normal levels of testosterone and that symptoms improved dramatically when patients were given replacement doses of testosterone.

By the time I began my research in the early 1990s, I found very little work had been done in the United States. The Heller and Myers study had not been followed up in the U.S., but it had been in other parts of the world, including England, Australia, Denmark, and Russia. My book Male Menopause was published in 1997 and was followed by Surviving Male Menopause: A Guide for Women and Men in 2000.

Symptoms of Male Menopause
Although “andropause” is the more correct term for the male change of life, “male menopause” is more commonly used. I decided to use male menopause as the title of my book because I found there were more similarities than differences in the symptoms that men and women experienced. In my research I found the most common symptoms of male menopause were reduced libido, reduced potency or ability to obtain and maintain an erection, fatigue, irritability, aches, pains, and stiffness, depression manifesting as anger or boredom, night sweats, dry and thinning skin, feelings of restlessness, and weight gain, especially around the waist.

Male Menopause: Myth or Reality?
Some clinicians don’t believe that male menopause is real. They point out that in women, ovulation ends and hormone production plummets during a relatively short period of time. In men, hormone production and testosterone bioavailability decline more gradually. For women, this signals the end of their reproductive potential. For men, they can continue having children later in life.

But there are an increasing number of health-care professionals who think that the male change of life is every bit as real and important as it is for women. One of the first was Rosetta Reitz, an American feminist and Jazz historian, who wrote Menopause: A Positive Approach in 1977. Reitz points out that the term “menopause” applies to the ending of a woman’s monthly menstrual cycles, but it is really much more than that. “Menopause has come to mean a combination of elements a woman experiences at the same time her menstrual flow stops.”

She goes on to say that “we can apply the term to men, too, even if they don’t menstruate. For it is more the combination of life’s circumstances that occur around the age of fifty, sometimes beginning as early as forty for some, that creates the condition labeled menopause.”

Mosby’s Medical Dictionary says male menopause is “a change of life for males that may be expressed in terms of career change, divorce, or reordering of life. It is associated with a decline in androgen levels that occur in men during their late forties or early fifties.” Marc R. Blackman, M.D., former chief of endocrinology and metabolism at Johns Hopkins Medical Center, says, “The male menopause is a real phenomenon, and it does similar things to men as menopause does to women, although less commonly and to a lesser extent.”

Treatment Options
The first step in beginning treatment is to get an accurate diagnosis. I start by having clients take my Male Menopause Quiz. If there are indications that a man is experiencing symptoms of male menopause, we can follow up with additional blood tests to rule out other causes and assess testosterone and other hormone levels.

Some clinicians believe that the problem is mainly due to low testosterone and believe the best treatment is testosterone replacement therapy. I believe male menopause is more than simply an age-related loss of testosterone. Male menopause begins with hormonal, physiologic, and chemical changes that occur in all men and occurs in men around 40 to 55 years old, although it can occur as early as 35 or as late as 60. These physical changes affect a man’s life in psychological, interpersonal, social, and spiritual dimensions. Treatment approaches that I use include the following:

Conclusion and Focus for the Future
There’s still a great deal we are learning about male menopause. Jonathan V. Wright, MD, and Lane Lenard, PhD, authors of Maximize Your Vitality and Potency, say, “Although the idea has been around in one form or another for thousands of years, until very recently the existence of a hormonally driven male menopause analogous to that experienced by women was widely denied by the forces that rule mainstream medicine. Officially in his country, it still does not exist, although incontrovertible scientific evidence to the contrary has finally begun a slow shift in attitude.”

We will learn a great deal more in the coming months and years. For more information on our ongoing research you can visit me at www.MenAlive.com.