Fighting Loneliness Begins with You 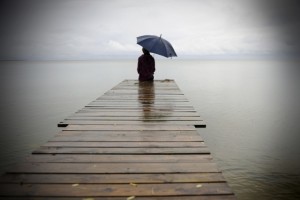 I have nothing interesting or important in my life; people must think I’m so boring.

I’m so fat. I never should have worn this dress. I bet everyone is talking about how pathetic I am.

I’m a total moron; people must think I’m so stupid.

Everyone here is so much prettier than me. I’m so ugly, and I just know everyone thinks I’m a loser.

Imagine having these kinds of thoughts racing through your mind, undermining any attempts you make to connect with people. How likely do you think you would be to take the risk of engaging socially with people—even people you already know—if you really believe that you are worthless and everyone knows it? If these are your core beliefs, how many dinners, parties, happy hours, and other social gatherings do you think you would attend? Further, do you think that any social encounters that you did have would be successful? Could such pervasive negativity be contained, or might it spill into the interaction? If you are plagued by such beliefs about yourself and how others see you, you likely will opt to spend more time alone and find that social encounters never seem to go quite right. And unfortunately, you are likely to view these two facts as evidence that your beliefs are accurate.

Many therapists, in well-intentioned attempts to alleviate the all-consuming pain of loneliness in their clients, are quick to suggest ways to increase social interactions, build social skills, and maximize existing social support. On the surface, these seem like perfectly reasonable and helpful interventions; however, if you are still holding on to deeply negative beliefs about yourself and how others see you, these interventions quite likely will fall short. It seems necessary to go deeper and directly challenge these core beliefs and replace them with more realistic views of yourself and how others see you. In fact, researchers at the University of Chicago reviewed many studies on the treatment of loneliness and found that the most effective interventions were those that helped people change the negative beliefs they held about themselves and how others perceived them (Masi, Chen, Hawkley, & Cacioppo, 2010).

This research can be deeply empowering—overcoming the pain of loneliness is within your control. Part of what can make loneliness feel so unending and hopeless is the oft-held belief that you have to meet an entirely new group of people. Drastically changing your social circle can be an overwhelming undertaking for anyone, but if you are already feeling painfully lonely and very negative about yourself, it can feel utterly impossible. This research suggests that it is much more beneficial to look internally and break this negative thought process.

Dramatically altering deeply ingrained thought processes and beliefs is a significant task, so it is probably a good idea to enlist the support of a therapist in this endeavor. Sharing your knowledge of this research with your therapist, whether you already have one or plan to find one, can also be quite empowering, as you will be working with your therapist to develop an evidence-based treatment plan. The combination of a strong therapeutic alliance and an evidence-based intervention may be the key to shedding your feelings of self-loathing and negative beliefs about how others perceive you. Imagine how it might feel to free yourself of this. Imagine how it might feel to go to a social event and feel confident in yourself and in your relationships with others. You’ll probably feel a lot less lonely.