Living with Cancer: Grieving Your Losses Along the Way 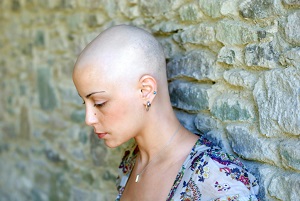 When people hear the words “cancer” and “loss” together, they typically assume that one is referring to a person’s death. In fact, people who have been affected by cancer, whether considered cured or incurable, have to cope with many losses on their journey. Most of the time, these losses are not even recognized, for a number of reasons: initially, there is a whirlwind of appointments and procedures and there is virtually no time; people and/or their loved ones are so focused on survival that thinking of anything else seems trivial in comparison; and people may feel guilty for dwelling on things that were important to them because they get the message from their loved ones that they should just be happy and have a good attitude all the time.

The losses begin with a cancer diagnosis. After hearing your name associated with the word “cancer,” your life is irrevocably changed. Most likely, prior to that time, you were blissfully unaware of your own mortality—typical of an American culture that likes to pretend that none of us are going to die. The change/disruption/shock that comes with a cancer diagnosis can be significant enough to result in posttraumatic stress.

Some people think that if their cancer was considered cured with surgery (and they didn’t need chemo or radiation), they can’t consider themselves REAL cancer survivors. This is simply not true. It isn’t the amount of treatment that determines whether cancer has turned your life upside down.

After getting past the initial shock of the diagnosis and transformation of life as you knew it, many other losses may occur. Men with prostate cancer may have their prostates removed or be surgically or chemically castrated, rendering them impotent. Some men find the thought of being impotent so distressing that they would rather be dead.

Women with breast cancer may have a mastectomy, and women with gynecologic cancers may have hysterectomies. The treatment for both of these may lead to early or chemically induced menopause. This decreases sex drive and vaginal lubrication. Additionally, women often feel less attractive or less feminine after these surgeries and are unsure as to how their partners may feel about their appearance. As you can see, for men and women, their previous level of sexual functioning can take a dramatic drop. What makes this worse is that often physicians don’t address this, so people are reluctant to bring it up, thinking that other people don’t have this problem or that if it were important, the physician would mention it. Often couples are uncomfortable talking about it with each other, so they continue to drift apart.

A huge loss for people dealing with cancer is a loss of control. For some cancers, there are surgical options; however, people are often so overwhelmed at the beginning that making a choice can be very difficult. Typically, chemotherapy and radiation therapy schedules do not offer options. However, some oncologists will adjust or modify people’s chemotherapy if they report that they’re having significant problems with side effects.

There are many other losses that people incur, and each person will have a different idea of what those are. They may include: hair loss during chemo (this is very significant for some women), inability to travel, loss of unencumbered free time, loss of energy, inability to go out into crowds, loss of self-confidence (I see many people who are convinced that other people in treatment handle it much better than they do), loss of independence, loss of faith, loss of friends (although often others will step up and surprise you), loss of family member support, loss of not thinking about your own mortality, and hoping you will be around long enough to have children/see your children get married/see your grandchildren graduate.

In closing, it is crucial to grieve the losses you incur on your journey. Just because they aren’t important to someone else doesn’t mean they don’t matter. Ignoring them or pretending they don’t exist only means they will come back later, bigger and harder to deal with. Healthy options for addressing them include journaling, exercise, meditation, and talking them out with someone. It’s also important to focus on what you can control on this journey, rather than railing against what you can’t. You can’t change what you can’t change—so why waste your energy on that? Focus on changing what you can—your thoughts, feelings, and actions.