Little Johnny Doesn’t Care, You Say? Not So Fast, Parents 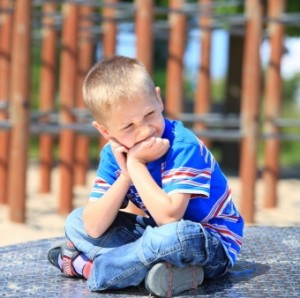 By the time families reach my office, things at home are often in crisis. Parents are frustrated and frazzled by their son’s or daughter’s actions and they have run out of ideas. “Nothing works!” they explain. “Johnny just doesn’t care!”

Maybe the child is struggling with an inability to focus and prioritize tasks at home or school. Perhaps he or she is guilty of frequent, emotionally intense outbursts that bring the family’s plans to a screeching halt. A lack empathy and remorse after an altercation with a sibling can result in exasperated parents, distressed about their child’s social skills.

Whatever the concern may be, the emotional collateral that is expended on these issues takes a toll on the entire family system. As I speak with parents, I am able to get a picture of what is going on, what they’ve already tried, and what their goals are for their child. We work together to develop a plan to help their child build self-efficacy and come up with progress monitoring tools to establish when we are moving toward a goal.

At times, though, parents come in after two or three sessions, repeating their initial refrain: “This isn’t working. He’s still (fill-in-the-blank)! I just don’t think he cares.”

I encourage these parents by reminding them of two things. These are relevant whether someone is engaged in counseling or if the work is taking place at home or school.

One of the mistakes I sometimes see parents make is feeling like any small setback makes the entire process a failure. Remembering that learning and growth aren’t all-or-nothing processes goes a long way. Kids frequently need positive reinforcement and an opportunity to practice the skill, as if they were learning to play an instrument or a sport. Explicit coaching may be necessary for things that feel like “common sense” to others. Building emotional self-regulation or learning appropriate perspective taking to understand how others feel can be difficult for children who do not naturally have those skills. Emphasizing even small successes goes a long way. Not only is the skill an asset to the child, but the bond between the parent and the child grows stronger as they feel like they are working toward a common goal.

As the work on the skill continues, parents begin to see the benefits of their invested time and effort. Family dynamics CAN shift, albeit slowly, making home a more peaceful environment.