Light Therapy May Increase Male Sex Drive, and Other News 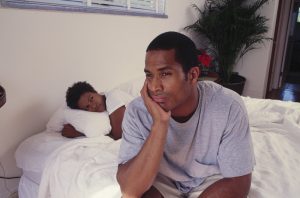 According to a study presented at the recent European College of Neuropsychopharmacology conference, the male libido could be restored using artificial light therapy. The finding may represent an opportunity to develop an effective alternative to current treatments—most of which involve pharmaceuticals—for low sex drive in men.

The evaluation included 38 men who had been diagnosed with one of two conditions that feature an inhibited sex drive: hypoactive sexual desire disorder or sexual arousal disorder. Half of the participants were exposed to 30 minutes of artificial light each morning for two weeks. The light came from a device similar in design to those used to treat seasonal affective disorder (SAD). The rest of the participants acted as a control group.

The researchers found significant differences between the two groups. Those receiving light therapy reported a nearly threefold increase in sexual satisfaction. Researchers did not observe any significant change in the control group. They also saw a notable rise in the testosterone levels of participants in the treatment group, indicating a possible mechanism supporting the link between light therapy and improved male libido.

The researchers propose that an area of the brain called the pineal gland may be inhibited by the light, resulting in the observed effects. They also suggest women could benefit similarly from light therapy due to the pineal gland’s association with a hormone that triggers ovulation (luteinizing hormone or LH), but further research is needed to test these theories.

Why Don’t Antidepressants Work in Some Patients?

Selective serotonin reuptake inhibitors (SSRIs) are generally an effective treatment for symptoms related to depression, but as many as half of those who are prescribed SSRIs do not experience improvements in symptoms. The reason for this disparity is largely unknown, but a new study suggests environmental conditions during treatment may have an impact on individual responses to SSRIs.

Half of a group of mice that had been treated with the SSRI fluoxetine were kept in an area that they would find comfortable, while the other half experienced environmental stressors during the same time period. Mice that had been stressed responded significantly worse to the treatment than those in the comfortable group, indicating environmental circumstances have a significant effect on antidepressant response.

Oxford scientists have demonstrated that attending weekly daytime adult education classes can have a positive impact on many aspects of well-being. Participants in the study reported improvements in both physical and psychological appraisals after attending one class a week for seven months. Improvements were noted in self-esteem, confidence, sense of control, and willingness to take on challenges along with many other variables. The effect was not dependent on subject matter, suggesting these findings are unrelated to specific gains in knowledge or academic skills.

Posttraumatic stress (PTSD) is most often associated with veterans, and it is normally treated with medication or exposure therapy. However, many veterans respond poorly to these traditional methods. New studies identify several alternative therapies that appear to have potential as effective treatments for PTSD, such as scuba diving, horseback riding, yoga, and vision quests. Scientists are becoming more open to these alternative therapies as studies are showing they can sometimes be as effective for treating symptoms as medication.

Do These Genes Make Me Lonely? Study Finds Loneliness Is a Heritable Trait

Researchers have determined loneliness, when evaluated as a life-long trait, is associated with both environmental and genetic influences. The study included more than 10,000 participants, and the findings showed loneliness may be inherited along with symptoms of depression and neuroticism. Despite these results, environmental factors are still considered to be more influential than genes on the overall susceptibility to loneliness.

A new review of recent research identifies several aspects of depression that may make smoking cessation more difficult. Examples include deficiencies in reward processing, memory, and coping ability. A different investigation is underway to test a combination of medication and behavioral activation therapy to address the needs of smokers who experience depression while trying to quit.

Symptoms of childhood mental health conditions affect about 20% of the United States population. Schools have been slow to adapt to the issue due to training requirements and funding shortages. A new theory proposes a “multi-tiered system of supports” would be effective at reducing the prevalence of mental health issues by forming a “safety net” of service providers. However, it remains unclear how such an approach would get around the initial barriers to training and funding.

A new study has linked sleep quality and duration in late childhood (age 11) to alcohol and drug abuse in late adolescence (ages 20-22). Confirming this association could provide a new opportunity for the prevention or reduction of substance abuse issues in the early 20s by addressing sleep problems that appear earlier in life. It could also serve as a valid early warning sign. The investigation included 186 boys, so researchers are not sure if the association also exists in females.