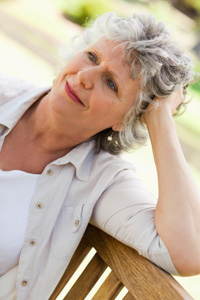 “Margie” sat in the dark, wondering how she got here. Her nerves were shot, her stomach in knots. She never in a million years expected her marriage to turn out to be the way it was. There must be some life lesson here, she thought, eager to derive something meaningful out of the mess.

She knew her husband used to have a tendency to sarcasm, but she thought he had gotten past that. She remembered clearly when he would roll his eyes and do a little wiggle of his head accompanying his digs—and he hadn’t done those things in years. She also knew he had a tendency to inflate perceived grievances against him, but she thought he was being more reasonable lately.

On all but the head wiggle, Margie was wrong. Apparently, her husband was still capable of sarcasm, anger, digs, and blame. Her husband was unable to see his own wrongdoing or even reflect briefly on it. He gave himself a rubber stamp of approval very quickly and then pointed fingers.

Margie had been a pastor for 27 years. She had been preaching love, patience, tolerance, acceptance, and responsibility. She thought her husband was her biggest fan. It turned out that she was wrong on that, too. “I don’t agree with it,” he said the other day. “With what ‘it’?” Margie asked. “You don’t agree with my preaching?”

“No, what I don’t agree with are your descriptions of bad guys. Maybe these so-called victims are just too sensitive,” he retorted. “And I don’t appreciate your sermons being all about me.”

“No one knows they’re about you,” Margie replied. “But you need to change! Your behavior is hurtful. Do you really want to keep hurting me?”

There was no talking to him. The discussions went round and round. He felt he was hurt because their son, a trader at a Fortune 500 company, would not handle his account; his son disagreed with his investment strategies. And because he was hurt, he thought it fair to hurl invectives at their son, make ridiculous accusations about what their son “really meant,” and blame Margie for somehow causing it all.

What astonished Margie the most was the total rejection her husband had for their son. She had always thought that when her husband got hot under the collar, he would cool off eventually. What she didn’t expect was that he could maintain his anger at the same pitch for weeks and months.

What Were the Life Lessons?

Margie took some deep breaths. She knew beyond the shadow of a doubt that everything God did was for the best; there were lessons she was supposed to learn from the whacks she got. But what were they? Her first puzzle was trying to figure out how she missed the signs that her husband was not a better person than he was. After three decades of marriage, how did she not see him for who he was all along?

The answer to that one wasn’t so hard. You live in denial to keep peace. You feel better when you don’t focus on the bad. And then, of course, you would rather forget being yelled at. It’s nicer to believe that the person who yelled was just “in a mood” rather than expressing his real feelings. Is that such a big mistake, she wondered?

This was a galling question. She always preached forgiveness and reaching for peace. Now, she suddenly wondered where you draw the line. For how long do you let bad behavior go by without examining it and calling it out?

An even bigger question that plagued her was how she could marry such a person in the first place. True, no one ever shows his or her true colors during the romance before marriage. But there are always warning signs. She remembered them, too. One time during their engagement, they were on the phone and he accused her of flirting with another guy. She was very offended, as she had grown up in a fine family with good values; she wouldn’t do something like that. She remembers being so upset during that conversation that she hung up on him. It was the only time she ever hung up on anyone.

That memory didn’t answer the question. If she knew he was treating her wrongly, why didn’t she end the relationship then? That was the question that was bothering Margie. What was inside of her that was willing to endure such treatment?

You see, it always comes back to us. No matter how evil the other person is, we are part of it when we take it. We can’t escape the question of why, nor should we. When we get to the bottom of that why, we understand ourselves better. As Socrates recommended, we truly know ourselves. And that knowledge frees us.

In a strange way, knowing the very worst about ourselves, our biggest mistakes, frees us because we know we will not make them again. Once we get to the core of who we are—or used to be—we can change. And the change isn’t even difficult. Oddly enough, the worst of the problem is facing ourselves in the first place. The rest is nearly a piece of cake.

Over a period of months, this question—what in her had allowed her to take the mistreatment—had been gnawing at Margie. She recalled a childhood moment: Her parents were looking at her report card with its A’s and B’s and asking her why she hadn’t done better. Her parents were always so serious about her accomplishments—or lack of them. She did not remember receiving praise, only questions about her shortcomings. She realized that she went into the dating scene not believing in herself. She wasn’t good enough.

Her parents were good parents; they loved her. Margie knew that. But they also managed to implant within her the belief that she was deeply flawed. And it was that core belief about herself that led her to accept her husband’s nastiness even before they were married.

These are not rational thoughts and they are not conscious. They lurk below the surface, dictating our reactions to life in destructive ways. But now, after months of torment, Margie came to face them.

Was She a ‘Deeply Flawed’ Person?

First and foremost, she needed to ditch those wrong-headed beliefs. She looked at her successful career with all the people who adored her and looked up to her for guidance and knew that, at her core, she was smart and capable. Her parents were plain wrong. They probably judged themselves even more harshly than they judged her. She could forgive them.

Most importantly, she could re-evaluate herself. Although we’re all human and do have shortcomings, she recognized that she had not been deeply flawed. And she didn’t deserve to be mistreated. She had been complicit in her husband’s bad behavior all the years of their marriage because she never stopped it.

Margie felt free. She was free of the nonsense that she had been “deeply flawed.” She was free of complicity in her husband’s bad behavior because she decided not to accept it anymore. Oddly enough, the biggest boon was that she understood her past; she knew who she was—and wasn’t.