Letting Go of Our Fear of Loss 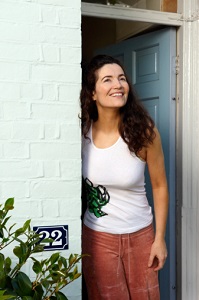 Not long ago, a friend of mine suggested that the greatest fear that humans experience is the fear of death.

I disagreed, saying that I believe humans’ greatest fear is that of loss. In my experience, death is something that is very abstract to most people unless they have recently tended to a dying loved one or have otherwise been exposed to the actual end of life. Most people, however, live in fear of loss to some degree.

Loss can take many forms. It can mean loss of youth—or even middle age, for those of us who are now elders. Loss of youth means less energy, more facial creases and lines, diminished earning potential and opportunities for career advancement, giving up the idea of children if that hasn’t already happened, and so on. It can mean loss of hope, joy, and optimism, which can be a symptom of depression.

Often, it is the times when our lives are going well that fear of loss is most powerful. We fear the universe taking away what we have worked so hard for. In an ideal scenario, this can keep us humble, knowing that life can be unpredictable and that we are given no guarantees. Unfortunately, for many people, fear of loss can be paralyzing, blocking continued efforts to achieve or resulting in a compulsive need to acquire more and more. This fear can also interfere with people’s enjoyment of what they already have.

If I were to describe the predominant theme in my own family of origin—my ancestors—I would say that members of my family have experienced dramatic, and at times devastating, losses in their lives. These losses include the death of an uncle by drowning at age 23; the evaporation of financial abundance, and eventual loss of stability, as a result of medical expenses; the crash of the stock market during the Great Depression; and my maternal grandmother’s abandonment by her spouse, leaving her to raise four young children on her own, among others.

I’ve done a great deal of healing work with and about my ancestors, but it was only recently that I realized how their fear of loss had affected my own life. This internalized expectation—that eventually, something would happen to destroy all the positive achievements in my own life—had been very unconscious. I didn’t realize that I had felt I had to follow their pattern of having and then being without in order to be a loyal family member.

Through my work with my ancestors, I came to understand that I could still be part of my family of origin without having to have the same experiences. In fact, it was just the opposite. They didn’t want me to have to suffer the way they did. They suffered so that perhaps I didn’t have to, at least not in the same way. What they wanted was for me to have an abundance of riches in every way possible—spiritually, emotionally, financially, and physically. It would bring them joy for me to have that outcome. Knowing that I had their encouragement and support on a spiritual level, I was in fact free, and even obligated, to fully enjoy my life.

These realizations were liberating. With the support of my ancestors, I truly have come to believe that I can accept and manage any loss I might experience in my life. If something or someone is taken from me, I have the capacity to bear it. I know that what makes the positive things in life so positive is this understanding: all of this is only temporary, and we might as well enjoy it while it’s here.