Taking Action: The Law of Attraction Is More than a Mindset 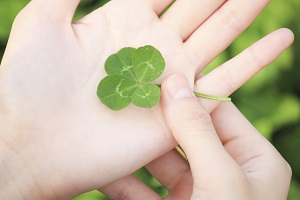 The principles of the law of attraction have been around for many years: they work to manifest our intentions, hopes, and goals. I know a lot of folks who are working the law of attraction into their lives by reading the books, focusing their thoughts, and writing them down.  How many have felt disappointed if those goals didn’t manifest as one hoped they would?

Believing in and focusing on the law of attraction to manifest goals is just one piece of the puzzle. You also need to do something.

I believe that the universe listens to the thoughts and feelings as well as the actions that follow from your intention. If you want something, show the universe that you are doing all that you can to get there. Action is the energy behind your intention; it is the gas that fuels the law of attraction. In other words, it is not enough to solely focus your intention. You must also take action by doing whatever must be done to reach that goal in reality.

It is easy to believe that the universe has not heard you if the law of attraction failed. Then it becomes: “Something is wrong with me,” “I can’t do it,” or “I’m not important enough.” Those beliefs perpetuate a cycle of negativity and are counterproductive.  Negative experiences persist with the perception that “I thought positively, and it didn’t work.” Unfortunately, we can’t just receive—we must balance it with doing something.

You may be thinking that this is more easily said than done, right? At one point, I felt this way, too. I had a goal and knew I had to put my money where my mouth was about this law of attraction stuff. I had even believed in it for years and saw life through that lens, but when it came to my largest goal, I was afraid that the fear would take over.

I wanted desperately to be in private practice. I finished my graduate degree, got my licenses, and worked in the public health system. However, it wasn’t where I wanted to be.

I sat in the small dingy office that I shared with a number of other therapists and stared at the mismatching furniture and the piles of ridiculous paperwork. I started getting burned out, while I dreamed of a private practice and the freedom it would give me. I could see what my practice would look and feel like. I had the intention. I also had a ton of fear.

I had enough self-awareness to know that something wasn’t working for me anymore. I finally got off of my butt and decided to jump in with what little information I had. I also made the silly choice to tell my supervisor that I was going to start a part-time practice: We had budget cuts and I got laid off the next month. Of course, so did many others. To make it worse, the small practice I started tanked.

It was dreadful at the time. In hindsight, it was the best thing that ever happened to me. In that moment, I realized that I had passively expected my goal to just arrive because I wanted it. That assumption was completely driven by my ego and not based in reality. I hadn’t done what I needed to do to make it work. It was my responsibility that I failed, not the universe’s. I had to own my part in it.

Of course, my goal kept nagging at me. I tried again. I was still terrified. I also knew a lot more because I had failed once, but I had to make that decision to really, and I mean truly, dive in. I had to create action, even with fear. It was when I actually dove in that the universe saw my true intention, even though I was terrified.

I won’t bore you with all of the experiences I had to go through, resources I had to find, risks I had to take, the ups and downs, and the mistakes I had to make. But I must have done something right; I made it, and I have the freedom of running my own practice. So can you.

If you are a therapist who wants to start a private practice and feel that freedom, drop me an e-mail.

© Copyright 2008 by Sarah Jenkins. All Rights Reserved. Permission to publish granted to GoodTherapy.org.