Joined at The Hip? Nine Typical Dynamics that Represent Merging 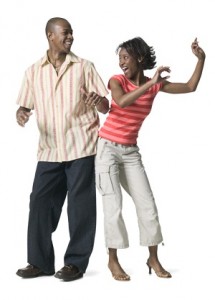 Fusion is defined as the desire for two people to merge into one another in personal relationships, and refers to an immature connection to the other fueled by a fear of separation. The desire for this type of connection is motivated in part by an unconscious fantasy of bliss through unity. Eric Fromm in The Art of Loving talks about immature love being like the symbiotic relationship between mother and infant. Perhaps it is a desire to retreat into a safe haven from the world that creates such a strong pull in all of us for fusion.

Society encourages this type of unity by popular romantic notions of two halves make a whole, and finding the perfect fit. If we are to assume that society expresses our collective unconscious then we are all struggling with this desire for fusion to escape the ravages of life and the dangers of being alone in separation.

In the beginning of romantic relationships, partners turn a blind eye to the differences between them. It is all about the similarities and connection. This blissful state of being in love is often described in the language of a symbiotic fusion. For example: “I’ve found the perfect fit,” “We are so connected it is almost like he knows what I am thinking,” and “Finally, someone understands me.”

In addition to a desire for a symbiotic fusion we also have a need for independence. As the relationship progresses, the partners’ individuality begins to become more evident and relationship struggles occur as they come to terms with their differences. Relationships continually flow between connection and separation. The desire for fusion is therefore not the only force between partners, but it is the one I am focusing on in this article. There are two main ways in which fusion is expressed in relationships-–the first is by a dominant/submissive dynamic where there is only one person in this relationship and that is ME! The second is a dependent dynamic where you will be the head and I will be the tail and together we will make one body.

So lets talk about examples of both types. The following represent the dominant/submissive dynamic.

1) The need to be Right. I see many couples that struggle with determining who is right and who is wrong. Being right assumes an absolute reality that validates only one person’s perspective. The partner who is proved wrong effectively has no perspective and becomes insignificant. In this way there is a merging of both partners into the perspective that is right.

2) Control. Where one person feels they have a right to determine the other person’s choices. They make judgments that put their partner down because it is not in line with what they would choose. Often this comes up when one person thinks the other should do something different e.g., be more ambitious, or more social, or go for counseling, or be cleaner around the house. Attempts to control their partner can be seen as an attempt to make them more like oneself. Extreme forms of this can result in abuse, where one partner invades the other on emotional and physical levels.

3) Compromising and conforming. Compromising him/herself to avoid conflict. When one person accepts the influence of the other, even though they do not agree. Compromise can occur when he or she feels that their own perspective will never be accepted, or requires too much effort and they don’t want to fight about it, or they believe compromise is part of healthy relationships. They have effectively sacrificed themselves to the will of the other. This does not have to happen as a result of their partner being controlling, either; it happens quite often simply to avoid conflict.

4) You don’t support me. Expectations around how you should support each other are tied to set ideas about how you show love. Not feeling supported is commonly experienced as having to do things on your own and brings up fears of separation. For example, one client was having difficulty with a friend and wanted her partner to be as angry as she was, and if he wasn’t, then she concluded that he didn’t support her. She felt unloved just because her husband did not feel the same way. This intolerance for the times her partner has a different experience, and whatever that means to her, I believe is an intolerance of the separation issues it brings up.

5) Misery loves company. Where couples feel that they are unable to experience different emotional states. This can apply to any emotional state that one or both feel is not allowed in the relationship. Typical examples are if one person is miserable, the other feels guilty for feeling any excitement or happiness and downplays their experience. The person who is feeling miserable may resent others who are feeling happy which puts pressure on those close to minimize their joy. When we are the only one feeling miserable, we have to contend with being alone in our misery.

The second form of fusion is a dependent dynamic where each partner comes to rely on the other. Now in all relationships this is to be expected–but when dependency diminishes the person and experiences of separation are threatening, it becomes a problem. The following are examples:

1) Assigning tasks. In all relationships, there develops a cooperation where partners tend to take care of different areas of their life together. However, what can happen is that they become ‘helpless’ about the area that their partner is in charge of. For example, taking care of finances versus doing the laundry.

2) Joined at the hip. This represents the inability of partners to do different things. A couple has a huge argument that nearly resulted in them divorcing over being separated when they were on holiday together. One wanted to go to a quiet part of the beach and the other wanted to go where there were lots of other people. They used all sorts of manipulations to get their partner to go where they wanted to go. It never occurred to them to go off by themselves and then come back later to share their experiences. Having different experiences is threatening, especially if you feel incomplete in yourself.

3) Responsibility for the other. Here each partner can take responsibility for personal functions that the other has somehow become incapable of performing. Picture the man who turns to his partner and says “what was the name of that movie we went to see?” his partner has become his memory. Or needing the other to determine what clothes you should wear, or what you should eat or do.

4) Mind reading. “If you really understood me and knew me (if you loved me), then I wouldn’t have to explain; you should know this!” Feelings of not wanting to explain and wanting someone to just “know” are common. Another version of this is when the person has expressed something once and they feel misunderstood or not heard and they refuse to continue to explain because the other “should get it by now.”

These lists are not complete but will give you some ideas about how fusion works in relationships, and perhaps you can see some of these processes in your relationship. The more relationships are built on this desire for fusion, unresolved conflict is likely to occur. Simply put, fusion encourages a lack of self-definition. As a result, both partners will experience deprivation as they struggle to be their own person and at the same time feel pulled in the relationship to be less than whole. All relationships struggle with these tendencies but as we can be aware of how we create these dynamics then we can continue to become whole. In the words of Rilke:

“Loving does not at first mean merging, surrendering, and uniting with another person (for what would a union be of two people who are unclarified, unfinished, and still incoherent?). It is a high inducement for the individual to ripen, to become something in herself, to become world, to become world in herself for the sake of the other person.”

© Copyright 2008 by By Delyse Ledgard, MA. All Rights Reserved. Permission to publish granted to GoodTherapy.org.