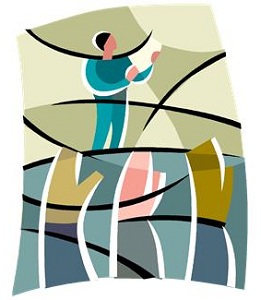 The recent hospitalization of politician Jesse Jackson, Jr. for bipolar sparked an immediate flurry of input from political pundits. The accepted opinion seemed to be that his career would not survive and his diagnosis and hospitalization equated to a fall from grace akin to the dozens of political scandals we have seen blaring from our televisions. This reaction is a classic example of mental health stigma—the idea that mental illnesses are somehow fundamentally different from physical ailments and that they permanently affect a person’s judgment and competence in a negative way. This stigma can dramatically decrease a person’s likelihood of seeking treatment because it may result in discrimination or punishment—job loss, public judgment—for doing the healthy thing.

Mental Health Myths
For hundreds of years, people with mental illness languished in mental hospitals and were treated as outcasts. With the advent of modern psychiatry and psychotherapy, we now know that mental health concerns are highly treatable, but the myths of generations past still continue. People who have sought mental health treatment may be viewed as permanently incompetent, even when their condition is well controlled or healed by lifestyle changes, support from others, therapy, and/or medication. They also may be blamed for their mental health concerns. We as a society, for example, would never think that someone willed themselves to get cancer or did not do a good enough job thinking their diabetes away. But when the illness is depression, people often believe there is something the person did to cause it.

Mental health stigma can even exist in psychiatric settings, where physicians should be especially sensitive to this issue. A person with schizophrenia who cannot tolerate the side effects of his or her medication may be taken less seriously than a cancer patient who would like to change his or her chemotherapy schedule. These myths of mental illness result in a wholesale blaming of the diagnosis for virtually everything the patient thinks and does. Relationship problems? It is the depression talking. Difficulty with medication? If it were not for the mental illness, he would willingly take it. The list can go on and on, and it sometimes causes people with mental health conditions to feel like they are defined by their diagnosis alone.

Undoing Stigma
When high profile people such as Jesse Jackson, Jr. develop mental health concerns, they can provide the larger culture with a powerful teachable moment. According to health statistics, mental illness is among the most common cluster of illnesses experienced by Americans, and as many as 40% of people will experience symptoms of some mental health concern at some point in their lives. The more frequently we see that people can and do recover from mental illnesses, the more willing we will be to accept that mental illnesses are treatable.