It Follows: The Long-Lasting Effects of Abuse and Trauma 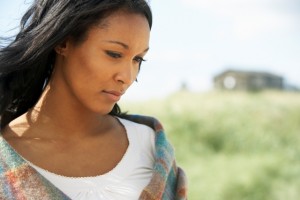 The effects of abuse and/or trauma can be extremely long-lasting and may permeate every aspect of one’s life. This is especially true for individuals who experienced traumatic events in childhood that may have occurred on an ongoing basis.

A learned helplessness can lead many of these individuals to remain in the role of victim, feeling that they have no control over what happens in their lives. Part of this sense of powerlessness stems from the fact they endured abusive situations during a time when they were utterly dependent on others for their well-being. When a parental figure, caregiver, or other adult abuses a young child, the child is unable to prevent the abuse from occurring and may come to believe that he or she has no control over anything. (This same type of feeling can also occur with prisoners who depend on their captors for all of their needs.)

In addition to learned helplessness, many victims of trauma may also experience feelings of shame and guilt. Young children often believe that they are somehow to blame for their abuse, perhaps even that they may have done something to deserve it. In many cases, perpetrators may actively reinforce this message in an attempt to justify their actions. This can lead to intense feelings of shame for victims and can seriously affect their sense of self-esteem and self-worth. (Similarly, individuals who have experienced abusive relationships may feel as though they are unworthy of love and that the only partners they can attract are those who will mistreat them in some way.)

A majority of people I’ve worked with in my psychotherapy practice who were abused in childhood have internalized their abuser and continue to berate themselves on a regular basis. One was verbally abused by both of her parents while growing up. Even after the death of her parents many years later, she continues to put herself down with negative self-talk and harsh inner criticism. She can seemingly never do anything good enough to please or love herself, just as she was never able to figure out how to please her parents. The outer tormentors she once had have become an inner one—one even more punitive than her parents ever were.

Working through traumatic issues of this nature usually requires the assistance of an empathetic other, ideally a therapist who can help the individual become more aware of the ways in which the abuser has become internalized. This can require considerable patience and understanding, as people who experienced trauma often struggle with trust issues and unexpressed anger and rage. Their sense of betrayal can be quite strong if someone they loved and depended on caused them harm. This is especially true if the abuse occurred at a young age, when the child may have been unable to voice any painful emotions. Years later, their emotions can still feel dangerous to express.

A licensed therapist can help a person who experienced trauma or abuse to release emotions that have remained pent-up for a long time. Victims of trauma or abuse can then begin the journey to discover the self-love and other aspects of themselves that they may have left behind. This journey can be a long and arduous one, but the prospect of reconnecting with the peace and joy inherent in one’s true nature makes it all the more worthwhile.