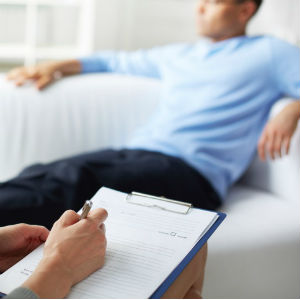 I’ve received two requests to add psychoanalysis to our list of therapies and thought this would be a valuable discussion topic, one that would help me to make a decision. Here’s my problem: I know this may be biased and outdated, but the association I have (no pun intended) when I think of psychoanalysis is of a withdrawn, unresponsive, and impersonal figure providing well-timed interpretations about the transference of their “patient,” who lies down with the analyst sitting behind and out of view.

I’m aware that this association is based on traditional psychoanalysis and that the model has evolved beyond its original forms into numerous approaches, such as object relations and self psychology. Neither do I underestimate the value of psychodynamic theory and its influence in my work. I even took part in a year-long object relations training about 10 years ago. But psychoanalysis presents more than a theory with useful concepts about the intra-psychic world; it’s the way psychoanalysis encourages the analyst/therapist to “be” with the client that concerns me.

So, I remain concerned that psychoanalysis does not fit our idea of what “good” therapy is and I’d like your opinion on it. More precisely, I’m questioning the following:

Please feel free to post your comments, and thanks in advance for sharing your wisdom.

© Copyright 2007 by Noah Rubinstein. All Rights Reserved. Permission to publish granted to GoodTherapy.org.