Is My Child Being Bullied? 6 Telltale Signs to Watch For 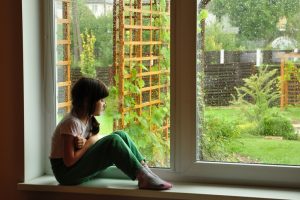 Twelve-year old Veronica frequently comes home from school in tears, as her peers have been excluding her from their group activities and spreading nasty rumors about her. Jimmy, who just turned 14, has also been struggling at school, with several older boys taunting and picking fights with him. Both have been experiencing problems with bullying, which can take on a number of different forms including physical and verbal aggression, exclusion from a group, or cyberbullying (CDC, 2016).

Bullying has become a serious problem in the United States. According to the Centers for Disease Control and Prevention (2015), 20% of U.S. high school students surveyed in 2015 indicated they’d been bullied at school in the 12 months prior to the survey. Examples abound of children who have been bullied past their breaking point, leading to suicide attempts (and, tragically, completion in some cases). Although it doesn’t come to that for the vast majority of bullied youth, many will develop mental health issues if the problem is not swiftly dealt with.

Children may not always feel comfortable communicating the difficulties they are experiencing at school, so it’s important for parents and guardians to be on the lookout for warning signs. Some of the red flags to be aware of include:

If you have reason to suspect your child may be experiencing bullying, the first step is to try talking with them about what may be going on.

If you have reason to suspect your child may be experiencing bullying, the first step is to try talking with them about what may be going on. Discussing your concerns with school officials should also be a top priority. Many schools have a no-tolerance policy for bullying behavior, but you may need to make sure the policy is being enforced. If your child’s school does not have an anti-bullying policy, you may want to advocate to have one implemented.

Counseling is another helpful option to assist your child in dealing with any psychological effects the bullying may have caused. A counselor can provide a safe place in which to share their feelings and help them to increase their self-esteem. Although bullying is a serious problem everywhere, we can try to mitigate its effects by implementing anti-bullying programs in our schools, holding those schools accountable, and providing psychotherapy in a timely manner to those who may have experienced its harmful effects.

Editor’s note: Names in the preceding article are fictitious, though the stories associated with them are all too common.