Is Fear of Rejection Keeping You Single? 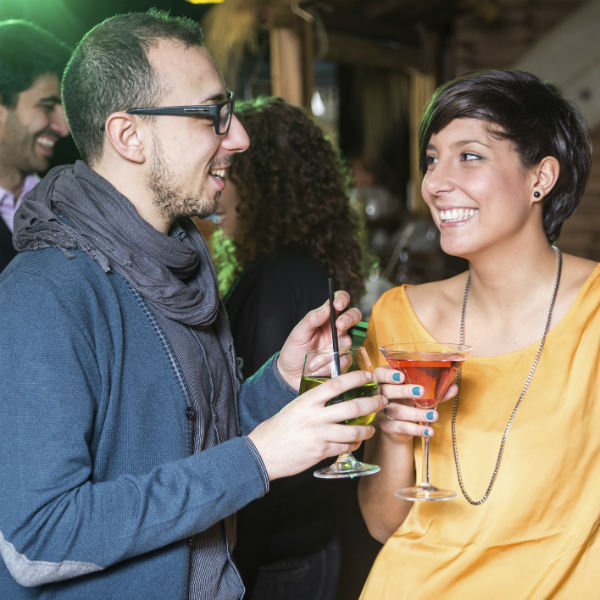 You are single, feeling good about yourself, looking your best, and decide to go out for a night on the town. In the back of your mind, there is a small nugget of hope that perhaps tonight you will finally meet the person of your dreams and begin the relationship you have been fantasizing about.

As you arrive at the party, bar, or dance club, you settle in to the festive atmosphere and begin to enjoy yourself when you spot that potential mate across the room. Their physical appearance fulfills all your requirements and they appear to be witty, vivacious, and fun as you observe them interacting with their friends.

This sudden shift is driven by a common fear among people both LGBT (lesbian, gay, bisexual, transgender) and straight: the fear of rejection. Rejection is a concern that many people carry in the dating world, as it can influence one’s ability to make a connection to someone who could potentially be a great friend, a fun fling, or even a partner.

The fear of rejection is often rooted in the misguided belief that we are not good enough for a person. We fear giving that person the power to make us feel foolish or less than in comparison to them. We build a construct around the person we are hoping to meet that makes them better than us, even though this is often not the truth.

Here is the kicker to the fear of rejection: It is very possible that someone at that same party, bar, or club finds you to be the object of their attraction and is fearful of approaching you because they imagine you will reject them. It might even be that person you were attracted to, the one standing 20 feet away.

This ultimately leads to a room full of people, many attracted to others, and yet all equally fearful to step across the room and introduce themselves. Thus, the room is frozen in a static energy of missed connections.

There is a powerful means to counteract the fear of rejection—and that is by recognizing that almost everyone is being influenced by it. With this knowledge, you can choose to empower yourself and be the person who breaks the shackles of the rejection construct and risks crossing the room to say hello.

By taking this risk, you reveal yourself as someone who is not constrained by social encumbrance, someone who will take the time and energy to reach out for connection. This presentation of self-assurance and risk taking can be quite sexy to the person you are approaching. Confidence is a proven aphrodisiac.

It also helps to make the approach with a deep sense of curiosity about the person rather than being overwhelmed by your preconceived ideas of who this person is based on how they represent themselves in the moment. They may be projecting a little bit of attitude that is founded in their fear of rejection protecting them from harm. If you assume everyone is holding a tiny bit of fear of rejection, it can help you to be kind and gentle in your approach.

As you begin to release your fear of rejection, you will notice that other people begin to find you more approachable, and the potential for deeper connections will begin to blossom.