Is Denial of State Benefits Because of Addiction the Best We Can Do? 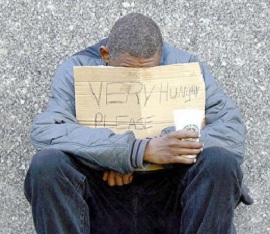 The economy doesn’t seem to be improving much lately. As a matter of fact, millions of people are still unemployed or underemployed, and families throughout the country are struggling to keep their homes and put food on the table. The number of food stamp recipients has risen dramatically over the past few years, and applications continue to flood in for state assistance. But recent proposals by Kentucky, Missouri, Ohio, Florida and other state legislatures to pass a bill that would test those receiving public assistance for drug or substance use sits a little uncomfortably with me. As I researched this topic, I came across many comments agreeing that this type of invasion of privacy is highly unconstitutional. But what worries me about any law that forces the needy to be subjected to dependency testing is the blurred line between someone who uses and someone who abuses.

The DSM-IV lists seven specific criteria for addiction. Many people who are addicted to substances cannot hold jobs and are often forced to look to the state for financial help. Even people who are not addicted but have other psychological problems, such as stress, anxiety or depression, turn to self-medication in order to cope. Not that this is an action I recommend, but it is a reality. Because disability income is denied repeatedly before it is ever approved, if it is ever approved, hundreds of thousands of people suffering from legitimate mental conditions may be so debilitated that working is impossible. Heck, just getting out of bed and showering may be difficult to handle on a daily basis. Trust me, I’ve been there and I know how simple activities such as making a meal or dropping the kids off to school can be as challenging as swimming through mud. But because many mental issues, mood issues in particular, come and go, the Social Security Administration does not recognize the impairment as permanent and therefore will not award disability payments.
So these people, many who are in treatment and trying, legitimately working their butts off to get better, must find other means to fill their gas tank, and bring in an income to pay their bills, their therapy and their medications. Those people, including those with substance addictions, cannot hold down a job and most likely do not have health insurance, for themselves and for their families. So they take the necessary steps toward mental health. They apply for assistance and health insurance benefits through their state. And if they are lucky enough to receive the pittance that is handed out to them, they must then jump through every hoop known to man in order to find a doctor, get an appointment and get on the road to recovery. By the way, having been there myself after my divorce, I can tell you that dealing with the bureaucracy that is the state welfare system is hard enough when you are the master of your mental state. But add the frustration of being depressed, anxious, suicidal, or any other overwhelming emotion, and it requires a Herculean effort to comply with the numerous stringent guidelines.

If you are fortunate, or resilient enough, to make it through the obstacle course that is the state endowment program, the reward, aside from the minor amount of money per month you might get in food stamps, is that you risk losing the benefits because you test positive for drug use when the whole reason you started this insane ball rolling was that you knew you were addicted to drugs and tried to get better!?

And which government body determines who abuses and who is legitimately addicted? Who pays for these tests? Will it come out of the bucket designated for Medicaid recipients, thus lowering the benefits even further? What happens to the dependent children and spouses of these people with diagnosable, and treatable, mental health problems, when their provider cannot afford treatment, food or shelter?

Obviously you can see how I feel about this whole absurd issue. I will say that I do agree that many state assistance programs are being pilfered unjustly. But there has got to be a better way to address this issue. If this is the only solutionthe politicians can come up with, perhaps they’ve been doing a little self-medicating themselves and should be sent into the bathroom with their own Dixie cups!