When One Partner Bullies the Other 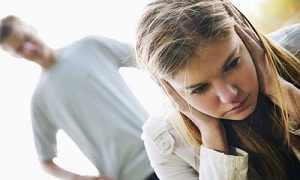 When we think of a bully we might be reminded of a big kid from school who used his or her size to intimidate others. Maybe we have an image from some television show or movie of a hulking being pushing others around. As a couples counselor I can tell you bullies come in all shapes and sizes. They can be demur women and they can be medium sized men. They can be kind in their presentation and underneath they can be steaming with anger and come out harsh.  Whatever their shape, they all have at least one thing in common… they are abusive to their mate.

So what kind of abuse are we talking about? We all know about physical abuse. I’m talking about emotional abuse, the kind that messes with a person’s head, and the kind that leaves the mate wondering if they are loved or hated. Often it’s subtle and hard to point out. Even so, it’s felt by the person who receives it and it feels terrible, oppressive.

When I witness this behavior in a session the first indication I get is usually a tightening in my stomach. I often experience the feeling of what is happening between the couple. The one who does the bullying is either explaining something to me or to the mate and it comes across with heaviness and a frustration so thick it sucks the air out of the room. It can sound like belittling, berating or contempt. It’s not about the words although they can be harsh too. It’s more often indicated by the tone.

I’ve listened to couples where one partner is so resentful to the mate it makes my skin crawl. When I inquire about the presentation, it’s not uncommon for the person to look at me as if I have two heads. What am I talking about, they wonder?  Of course they love their mate, they profess. Yet each time I hear them speak to their partner it’s loaded with venom.

The person receiving the hit is often frustrated and exasperated. When I experience a couple with this dynamic it’s very hard for me to feel neutral. This I know is not the best form of therapy, as I could become biased. I pick up on the recipient’s grief and despair and I just want their pain to stop. I have to remind myself that the person who is upset, the one who does the bullying, is most likely mad for a reason.

I try to see if I can find a soft side in the aggressor. I look to see if the mad one has any sympathy or compassion for the partner. If I can find some compassion or empathy, then I feel I can help the couple. If I feel a stonewalling from the aggressor, I know he or she may not be ready to look at him or herself. They are not able to do the processing or observing necessary to begin understanding the affect of their behavior on the other in order to begin healing the rift in the marriage or relationship.

If a person exhibiting anger toward a partner cannot see what they are doing and how it impacts the mate, in my opinion the couple is in danger of breaking. Often times the examination process alone is too threatening or difficult though, and as a result the couple will leave counseling before we can begin to repair.

There are many reasons why people resort to abusive behavior. The most common may be because the angry person does not feel heard, understood and valued. These are feelings everyone wants to experience in a relationship. When partners feel understood and valued by their mates they usually feel good in the relationship. When this does not occur people feel sad and sometimes they get angry. It’s the anger that turns people against their mate and that’s often when the bullying can begin.

Angry people want their mate to be different. They want them to change so they can feel better. This is a young person’s idea of how to fix a relationship, not a mature view with two people listening and understanding the other as well as themselves.

I feel bad when I can not help a couple with this kind of distress. It is my hope that they will find their way. And then I remind myself of the many couples that enter into counseling ready to understand how their behavior impacts their partner. We walk through the difficulties together gaining new insight and understanding. This process leads to feeling better in the relationship or marriage. This work leads to a couple’s health, and that’s where happy couples thrive.