We Are Greater Than The Sum Of Our Parts: Internal Family Systems Therapy for Eating Disorders 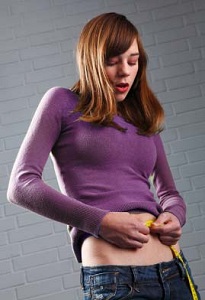 I am half way through the year-long Level 1 of the Internal Family Systems (IFS) training. IFS is a psychotherapeutic modality used for helping people and their therapists understand and solve the problems that bring them to therapy. And IFS helps make sense of the seemingly irrational world of eating disorders. I’d had some exposure to and experience using IFS prior to enrolling in the training, but the training is giving me a broader and deeper understanding not only of IFS, but also of how we humans work. I’m finding the process exhilarating!

IFS has little to do with families in the conventional sense. It’s based on family systems theory, which is based on general systems theory. Systems theory is a way of conceptualizing and understanding how living things work via understanding the interdependence of living things, e.g., an ecosystem. Any given group of people unconsciously operates according to the rules that govern all systems. Family systems theory, the basis of my field of study and licensure, provides a means of understanding how and why people develop certain problems. The problem is regarded as a symptom of imbalance within the family system, and an attempt by the system to correct that imbalance, given the circumstances. IFS, in turn, focuses on our internal systems, which operate internally as a family operates externally and as do all larger systems.

How often have you found yourself saying, “Part of me knows I should do ‘X’, but another part of me wants to do ‘Y’,” or, “Intellectually, I understand ’Y,’ but emotionally, I feel ‘Z’.” This is our instinctive awareness that we don’t operate as a unified whole. Yes, we contradict ourselves, and this is normal!

There are several different models of therapy that involve working with different parts of self. IFS focuses on the naturally protective function of parts of ourselves, and what those parts are trying to protect us from. There is no such thing as a bad part. When I first learned about IFS, this idea resonated with me because many years ago, long before I knew that I would one day be a therapist, I was seeing a therapist who said, “I believe that people are self-protective, not self-destructive.” I learned from her that even when we do things that are bad for us, our original intent is to protect ourselves from emotional discomfort or pain. And when it comes to disordered eating, protecting one’s self from emotional pain becomes the number- one priority. Undereating, overeating, purging, exercising compulsively—these behaviors are intended to increase pleasant feeling states or decrease unpleasant ones. The longer one relies on these behaviors, the more complicated things become, because more parts get involved.

But where does this pain come from? When someone with anorexia feels anxious if she eats a normal amount of food, how did she come to acquire this anxiety? She would say that she is worried that the food is turning into fat, or that she’ll never stop eating. But why would she worry about such things, so much so that she denies herself the necessary food for her well being? Undereating is a behavior of a part that wants to protect her from the anxiety, no matter the cost to her health. What this part doesn’t know is that the anxiety comes from another part, and that the part that holds the anxiety is probably a younger part, a part that has memories of and emotions from experiences of long ago. For example, this part may hold memories and pain from things like hurt and shame due to being rejected by other kids, or of fear of not being loved by a parent because the parent put so much emphasis on her getting straight A’s that she came to believe that this was what made her loveable, to experiences involving verbal, physical or sexual abuse. These parts are referred to in IFS as “exiles,” and it’s the job of protective parts to keep these younger parts, well, exiled.

This is why simply trying to change eating behaviors won’t work in the long run. As long as the internal system is arranged in such a way that some parts are keeping other parts exiled in order to protect the person from pain, any behavior changes will be superficial and temporary. Some protective parts are really good at making rules and like to be good students and will follow an eating plan and work hard in therapy, but eventually, exiled parts will get triggered and the parts that engage in eating disordered behaviors will come to the rescue.

So, how to get out of this predicament? IFS also focuses on our true, core Self, which is not a part, but rather an essence. And distilled to its simplest form, IFS says that healing comes when we connect to parts of ourselves from Self. Self is, by nature, compassionate and curious and non-judgmental. When protective parts are seen and heard by Self, they can lead us to the exiled parts. When exiled parts are seen and heard by Self, they can get unstuck from the past and healed. And a trained therapist can guide the process of connecting someone with eating problems to his or her disordered eater parts from his or her Self, engendering not just behavior change, but true healing. Ultimately, all parts will reside with one another and Self in harmony. Yes, we are multitudes!