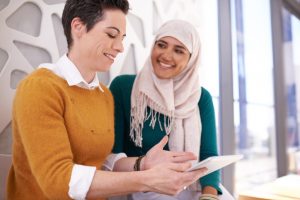 Intellectual humility may increase tolerance while improving judgment, according to a group of four studies published in the journal Personality and Social Psychology Bulletin.

Intellectual humility is the willingness people to recognize their beliefs may be incorrect. People who score high on measures of intellectual humility more readily admit when they are wrong. This little-studied personality trait gets less attention compared to traits such as hostility and arrogance. Yet, this new group of studies suggests intellectual humility could be a key to better relationships and communication.

For the first study, researchers used a newly developed Intellectual Humility Scale to assess participants’ intellectual humility. People who scored high on measures of intellectual humility had higher levels of tolerance, curiosity, and ambiguity, and they were less likely to be rigid in their beliefs.

A third trial assessed the ability of people to evaluate the quality of evidence in an argument. After hearing arguments in favor of flossing, people with higher levels of intellectual humility were more adept at identifying strong arguments among weak ones.

The study’s authors suggest promoting intellectual humility could reduce discord over issues such as politics and religion, enabling people to communicate more effectively even when they disagree.