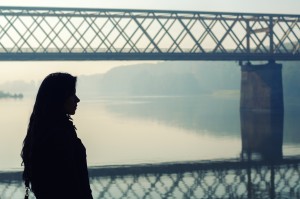 The mental health care industry in the United States is trying to close an ongoing gap in treatment quality and availability that disproportionately appears to impact minorities. Such findings have been repeated in several studies, including a Centers for Disease Control and Prevention (CDC) report and a panel investigation published by the American Psychological Association.

Each report found a majority of people with a mental health condition do not seek help, and minorities are less likely than whites to seek care. Issues of cost and access play a significant role for many, along with language barriers and the factor of greater stigma in certain cultures.

The reasons for not seeking available treatment can be as a diverse as the backgrounds involved. Among certain Asian-Americans, for instance, the Surgeon General’s report found a greater level of stigma that could extend to include a person’s family. The shame associated with one family member’s mental health condition can affect the future potential of other family members. That level of stigma could easily deter someone from seeking the help of a qualified mental health professional.

While greater acceptance of mental health treatment has grown significantly in recent decades, the progress has been slower in non-white communities, extending beyond stigma to also include doubt in certain circles.

According to the CDC report, while 6% of white respondents in California disagreed that treatment could ever help those with mental health symptoms lead a normal life, that number jumped to 10% among Hispanics and 17% among black non-Hispanics.

Similar results were seen in most states, where ethnic-minorities were shown to believe less in not just treatment, but also the human capacity for caring and sympathy toward those needing help.

According to psychotherapist Lisa Vallejos, PhD, LPC, cultural differences likely play a role in the stigma of seeking out mental health support.

“There are many cultures who look down on seeing therapists, and cultures who see seeking outside help as bad,” Vallejos said. “Minorities in particular are one of the populations who tend to not seek help for treatable mental illnesses out of fear of stigma and out of a mistrust of the system.”

The 2014 APA investigation found that tackling language and cultural barriers was often a crucial step to ensuring quality care. The report encourages treatment that “considers culture, shows respect, and assesses and affirms patient differences” as a means to providing “a comfortable, supportive environment to express mental health concerns.”

Several interventions are currently underway in an effort to bring quality mental health treatment to minorities rather than waiting for them to seek help themselves. An ongoing trial from academic researchers at Massachusetts General Hospital is training providers to be more supportive and to do more shared decision-making with patients who do not share their ethnic or cultural background. Scientists will be analyzing data from the trial in the coming months.

Another intervention from the National Institute on Aging is working to train health care workers in communities that serve elderly people in minority groups to provide evidence-based mental health care for several conditions in Chinese, Spanish, and English.

Vallejos is encouraged that more in the industry are examining the issue of undertreatment among minorities.

“There is much more attention and awareness to these concerns,” she said. ”But we in mental health have a long way to go.”