The Importance of Anger: How Anger Management Falls Short 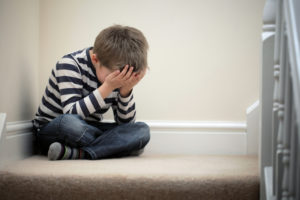 As Marvin Skorman explains in his article “Anger: It’s Not What You Think,” what many people think of as anger is actually often anxiety and subsequent attempts to manage it. The word “anger” might bring to mind various out-of-control behaviors such as acting out, physical violence or aggression, yelling, and so on. These types of behaviors are typically undesired and not helpful to either the person acting in these ways or the individuals on the receiving end.

Most people would likely agree violent acts, except in rare cases of self-defense, are never OK, and I understand the wish to “manage” or otherwise reign in these forms of expression.

So what’s the problem with anger management?

After giving a courtesy nod to anger and agreeing anger is not necessarily always bad, a good deal of anger management literature quickly proceeds to advocating for ways to tame, control, avoid, reduce, minimize, and even get rid of feelings of anger altogether. But by not differentiating feelings of anger and associated behaviors from those of anxiety, proponents of anger management effectively communicate the message anger is in and of itself is a bad thing, a villain, a secondary emotion rooted in fear and irrationality, and so on. In short, anger is devalued and gets a bad reputation.

No longer having anger seems to be the goal of anger management approaches. If only I were less selfish, less prideful, more rational. If only I could learn how to forgive (I call forgiveness through bypassing anger “forced forgiveness”), have more realistic expectations (or better yet, no expectations at all). Maybe then I wouldn’t be angry. If anger actually was what many associate with anger—tension (a physical accompaniment of anxiety), temper tantrums, forms of violence and acting out (often a regressive discharge of anxiety), then it might make perfect sense to have a goal of getting rid of “anger.”

If anger isn’t what people often assume it to be, what is anger, then?

Anger is a universal, core human emotion (Ekman). Brain scan images are now suggesting a link between anger and the area of the brain our values stem from (Lambert, et al.). When teased apart and experienced as separate from anxiety and unhelpful ways of managing that anxiety, anger can let us know when our boundaries and sense of fairness are being violated and provide the necessary forceful response to take protective and assertive action. Anger can let us know we are not comfortable with what is happening and ground us in our physical bodies, our felt sense of things, and animate our sense of self with vitality and confidence. Thus, anger is something we need not to manage, but listen to, respect, and understand.

The ‘Don’t Be Angry’ Message and Repressed Anger

Anger can let us know we are not comfortable with what is happening and ground us in our physical bodies, our felt sense of things, and animate our sense of self with vitality and confidence. Thus, anger is something we need not to manage, but listen to, respect, and understand.

For many, anger was not an emotion supported or validated by their parents or caretakers during childhood. For this reason, and others, some parents lack the adequate emotional literacy to differentiate between an angry feeling and a behavior. “Don’t be angry,” then, is an oft-repeated message, whether it is communicated directly or indirectly. As a result, anger goes underground, where it can often contribute to feelings of anxiety, depression, psychosomatic complaints (Abbas, 2015), and, ironically, the very behaviors anger management works to curb—the forms of acting out so often equated with the feeling of anger.

Whether repressed anger is expressed as inadequately managed anxiety (perhaps in the form of poor impulse control and regressive temper tantrums) or as a reserved, passive, blunted, or unemotional way of being, the repression of anger frequently creates a self that lacks the ability to successfully navigate the social and interpersonal world (Davanloo 1995).

Some research suggests when anger is acknowledged and verbalized, anxiety is diminished (University of California – Los Angeles). The real key in reducing or managing unwanted acting-out behaviors, then, may lie in validating feelings of anger while putting limits and boundaries around our reactions to anger.

Knowing this, the message I frequently repeated when I taught pre-kindergarten was, “You can be mad but not mean.” To a child who was yelling and hitting classmates, I might say, “I can see why you are angry, given how much you don’t like this, but dealing with your anger by yelling and hitting is not ok.” To a child who dealt with anger by throwing objects and refusing to follow directions, I might say “I don’t blame you for being angry. I want to know more about why you’re angry. But we never throw objects or ignore directions.”

The message becomes, “Your anger is fine and has merit, but how you’re dealing with your anger is not fine.” I might follow one of the previous messages with, “Because you dealt with your anger by acting out, you’ll need to take a timeout until you can calm down and express it appropriately. Children (and adults, for that matter) need to have their feelings supported while limits are set on their behaviors (Lerner).

The Freedom to Be Fully Human

For anger to be truly managed, it must be completely validated. Feelings of anger and the related urge to lash out—not the act of doing so, but the urge, which tends to be the most anxiety-provoking aspect of anger—are part of being human (Davanloo, 1995; Skorman, 2016). When angry feelings and urges are supported and differentiated from acting-out behaviors (remember, these are a function of anxiety and reactions to anger, not anger itself), anxiety tends to diminish, and unwanted behaviors are managed and curbed without demonizing and invalidating a basic human emotion.

In my experience, when anger is internally embraced instead of resisted and suppressed, the feeling doesn’t last very long. Instead, it quickly turns into other feelings and states, such as sadness, remorse, tenderness, and true forgiveness, among others. The resultant access to the full range of human emotions, or the ability to experience both positive and negative feeling states internally, is what releases the self from a prison of repression and anxiety and allows its potential to flower and expand into an embodied sense of what it means to be fully human.

When people are able to experience anger as separate and distinct from anxiety and destructive actions, anger can empower and liberate. A person who gets in touch with their anger may, for example, be better able to address their tendency to tolerate abuse, reconnect with and/or develop a stronger sense of self-worth, and take better charge of their choices in life. (Lerner). Allowing feelings of anger to inform and empower instead of suppressing them (which directs them toward the self and can contribute to depression and self-destructive actions (Berzoff, Flanagan, & Hertz, 2011; Abbas 2015), can allow an individual to hear the wisdom inherent in the anger. This can enable a person to find their voice, become better able to take assertive action, and realize their own equality and self-worth.

Anger is not a villain to be tamed. It is simply one dimension of being human that, when skillfully embraced, can unlock the gifts of confidence, healthy grieving, self-love, empathy, and with time, forgiveness.

If you struggle with understanding and addressing feelings of anger productively, consider seeking the help of a qualified and compassionate counselor.

Techniques for managing anxiety and curbing destructive behaviors are important approaches to treatment and essential to some individuals. The problem lies in confusing anger with anxiety and regressive ways of managing anxiety, such as outbursts, and the devaluing and demonizing of a natural human emotion. Actual anger isn’t what many associate with anger. Actual anger connects us to our felt sense of things, vitalizes, and contributes to our sense of self-confidence. Further, when allowed to internally run its course, anger may often lead to tender feelings and organic forgiveness that isn’t prematurely forced. When anger is treated as something bad or wrong, individuals may further divorce and disavow parts of the self needing to be embraced and understood, not shunned and suppressed. Thus anger management fails to adequately serve many people experiencing anger—especially when what they are experiencing isn’t actually anger.