The Impact of Legalization on Health, Wellness, and Community 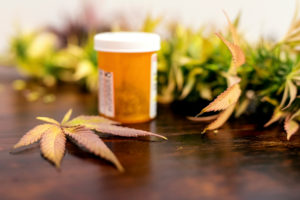 Have you or someone you know who uses marijuana said this? Did you know that marijuana is still federally illegal?

Marijuana has become more prevalent in today’s society. As a result, more teens and adults may believe smoking is nothing to be concerned by. They often use the argument that it is legal. In this article I want to clarify how some laws have changed at the state level and share some of the impact these changes can have.

There is a difference between marijuana being legalized, decriminalized, and approved for medical use. As of May 2018, eight states and the District of Columbia have legalized marijuana for recreational use. Even where use is legal, you usually have to be over 21. It’s also generally not legal to smoke in public.

Legalization and decriminalization may sound the same. But they mean different things. These differences also vary  by state. Where marijuana has been legalized, people who use it can no longer be arrested, ticketed, or convicted—as long as they follow state laws regarding age, location, and amount for consumption. It’s still possible to be arrested for selling or trafficking it if laws on sale and usage aren’t followed. Decriminalization means that possession of a small amount (enough for personal use) no longer carries a penalty, such as prison time.

Keep in mind that when federal and state law conflict, federal law trumps state law. So your state may allow use while the nation as a whole does not. The government classifies marijuana as a Schedule 1 drug. This is the strictest category. It means the government sees no medical value and a high potential for abuse. On the federal level, there are still criminal penalties attached. Even people over the age of 21, on private property, in one of the states where marijuana is legal, may still face significant legal consequences. These might include a fine or even jail time.

Federal law states that it is illegal to use, possess, cultivate, or distribute marijuana. The Drug Enforcement Agency typically focuses on dispensaries and distributors. But consider what might happen if you were caught smoking a joint in a park, near a monument, or on other federal property?

The mandatory minimum sentences are below:

Effects of Marijuana Use

Data is starting to come in from the first states that have decriminalized the use of marijuana. The Washington Traffic Safety Commission recently reported how current marijuana use is impacting roads:

Many proponents for legalization believed it would lower alcohol consumption. Yet the most common combination of drugs on the toxicology reports of those killed driving was marijuana and alcohol. This report also found that drivers who admitted to operating a vehicle within three hours of using marijuana were also more likely to drink and drive, not wear a seat belt, and binge drink.

These are statistics that many find surprising and frightening. We can use them to examine the results of legalization and consider how nationwide legalization of marijuana might affect the rest of the country.

I’ve dedicated over two decades to helping people who are struggling with the effects of substance use. I do agree there are some medical uses for marijuana, which is legal in 29 states as well as Washington, D.C. Cannabidiol has a number of health benefits. It can help relieve pain, nausea, and inflammation. People with cancer, epilepsy, and cerebral palsy may be prescribed marijuana for these reasons.

But these benefits come in the form of cannabidiol, not tetrahydrocannabinol (THC). THC causes a psychoactive high, but cannabidiol is non-intoxicating. You don’t have to smoke cannabidiol. It comes in oil, pill, and edible form. A person using it will get the benefits without the the psychoactive properties or the dangerous effects of the smoke. Thus, true medical marijuana, which is prescribed and monitored by a doctor, can offer benefits to users without the potentially harmful effects listed above.

This page contains at least one affiliate link for the Amazon Services LLC Associates Program, which means GoodTherapy.org receives financial compensation if you make a purchase using an Amazon link.
So the next time you hear marijuana is not that big of a deal because it’s legal, think again. For many, marijuana can have a negative effect on health and mental health. People who use marijuana may be more likely to consume alcohol and have driving accidents. Rising marijuana use has also been linked to an increase in crime. Therefore, even where marijuana is legal, it can have an impact on both individuals and the community as a whole—an impact that’s worth considering.

If you think marijuana use might be having a negative impact on your life, consider reaching out to a compassionate, qualified professional today.