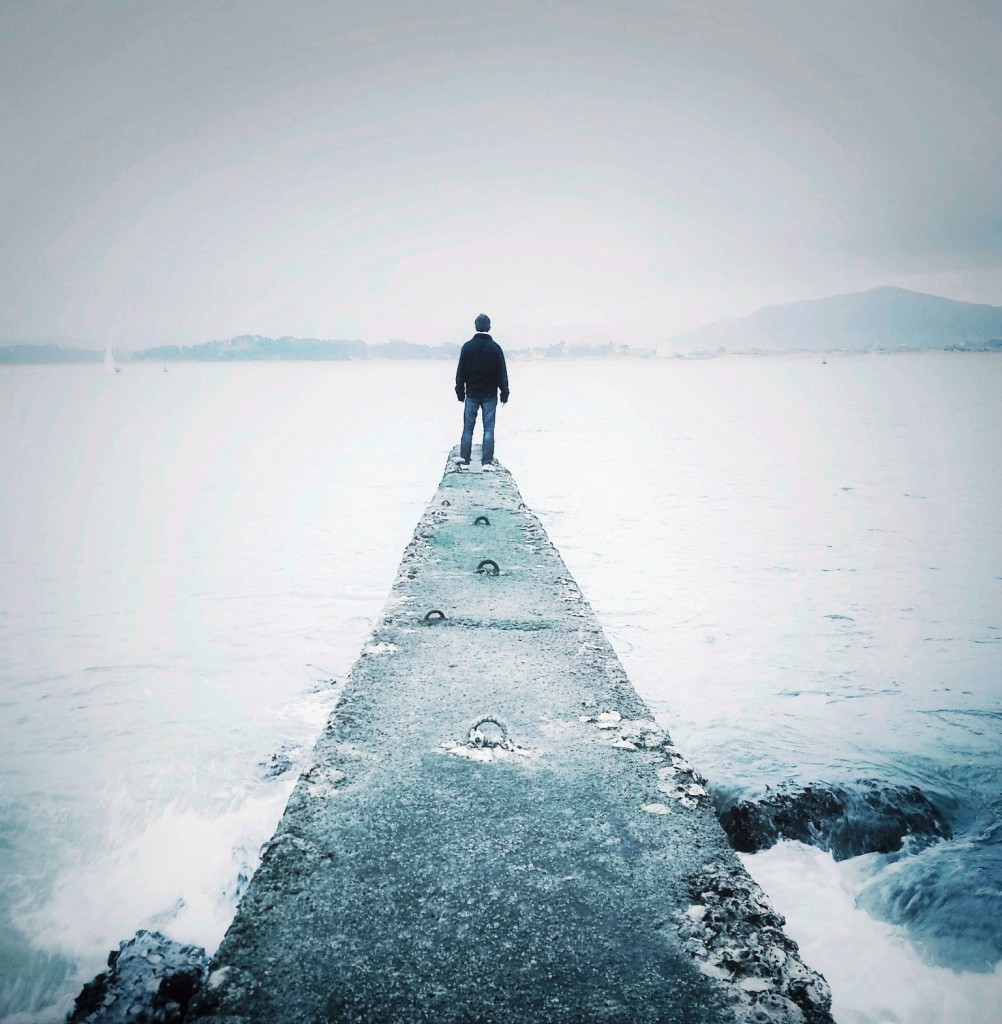 “Angry, anxious, and indecisive,” was how Mark’s wife described him when she insisted that he go into therapy. Feeling that he had no choice but to comply with his wife, Mark came to see me.

“You know, it really pisses me off that she has this much power over me,” he told me. “But I can’t stand it when she gets so upset with me; I feel so bad and I need to make her feel better. And she’s right; I hate how indecisive I am. I never know what I want and I have so much trouble making choices.

As I got to know Mark, the connection between his indecision and his difficulty tolerating his wife’s upset feelings became apparent. We both came to understand how his inability to tolerate unwanted and intolerable feelings in himself and in significant others has interfered with his development as a person who is emotionally free to know and think about what he wants and needs. Without this knowledge, decision making becomes problematic.

Mark described how much of his life felt like a response to someone else’s needs. He expressed a great deal of negative feelings (anger, disappointment, hurt) toward his family whom he felt had too much influence on his choices and behaviors. But it was intolerable for him to sustain this negativity, which inevitably evolved into considerable anxiety and guilt. For example, if he got angry at his wife, he would quickly feel contrite and ask for forgiveness. After this apologetic repair, he would become resentful and angry. Then guilt and anxiety would return, and once again he would have an intense need to repair the relationship. Resentment would follow. This cycle of negativity, guilt, anxiety, repair, and resentment characterizes Mark’s relationships with significant others.

Mark described his parents as anxious people with strong needs to control their world as a way of dealing with their worries. His early life was governed by intense rules of behavior. To prevent their anxiety, blame, and often critical and shaming responses, Mark lived up to their expectations to be a good boy by not behaving in any way that would have a negative impact on his parents:

“I was so afraid to bring friends home. One time, I asked my friend Jeff over. We were having fun, pretending we were flying airplane models around my room. My mother flew into the room in a rage at us for making noise. She yelled at Jeff to leave. I was embarrassed and really upset and angry. But I knew I wasn’t allowed to express those feelings. I remember my mother shaking with emotion. I was ashamed that I had done something terrible. I apologized, but I don’t know if I was apologizing for making noise or because I felt scared or anxious or guilty.”

Attunement as Distraction from Self-Reflection and Self-Knowledge

Growing up, Mark was acutely aware that this vicious cycle ruled his life: “I was always angry and always trying to control my anger. But I couldn’t do it. Inevitably, they’d find some horrible thing I did and I’d explode. Then the cycle would start again. I felt like an emotional roller coaster: angry, anxious, guilty, sad, enraged, resentful, anxious, guilty, and on and on. I knew I had to figure out a way to keep these awful feelings away.”

To protect himself, Mark became exquisitely attuned to his parents’ feelings, hoping he could predict when they would get angry, criticize, or shame him. Always fearful he would explode, he waited, watched, and focused on them. With so much of his attention on his parents, there was little room for Mark to think about himself or what he wanted. Mark expressed how this experience growing up influenced his ability to be decisive:

“It has never felt safe to assert what I want or think. First with my parents, now also with my wife, I always end up having to cave in. This always makes me mad. They get hurt or angry and I end up the bad guy. So I’ve learned to play it safe. I’ve opted out of the decision making process. Mostly, I never even allow myself to know what I want. When occasionally something has been important to me and I try to assert myself to get it, it’s been a disaster. So when my wife asks for feedback about something, I always say, ‘I don’t know,’ and then she seems OK doing what she wants. Now she says she wants me to be decisive, even though I think what she really wants is for me to absolutely agree with her. It no longer feels safe when I say I don’t know what I want. She gets sad or hurt or angry. She starts to cry or raise her voice. It’s just too much for me.”

Exploring Mark’s early life experiences, we talked about how he felt controlled and stifled by his parents. In our sessions, he came to understand that to prevent his parents’ emotional displeasure and keep himself safe from his own disturbing feelings, he lived in a protective state of hypervigilant attunement. This outward focus interfered with his ability to know and reflect on his own thoughts and feelings.

The ‘I Am Destructive’ Self-Image

As our talk about Mark’s relationship to his parents continued, Mark’s angry feelings intensified. He recognized that the critical, angry, wounded responses of his parents gave him the message that his impact in the world was destructive. He was made to feel that any assertion of himself against his family’s wishes, feelings, and rules made him a bad son. Mark became aware of how much he directed his negative feelings toward himself:

“It’s hard to admit, but I don’t like myself. I’m an angry person, but really I’m angry at myself. I feel like a terrible, destructive, mean, hurtful person. But I also feel like a real wuss. I’m just a scared baby who is never certain about anything. Before I started coming here, I pushed these feelings away, but they’ve been there all my life. I don’t want to keep doing this to myself. I need to become a man. I need to figure out who I am and what I want. Mostly, I have to stop being so scared that I’m doing so much damage to the people I love. In my head, I know I’m not this horrible, destructive person. But I can’t say I believe it in my gut. How am I ever going to change?”

Mark has identified his self-hate and his self-loathing. He recognizes intellectually, if not yet emotionally, that he is not a destructive person. As he comes to authentically feel this about himself, he will be able to move forward to become a person who has a positive sense of himself and who knows who he is and what he wants.

Looking Toward a More Confident Future

Like his parents, Mark became a person who couldn’t tolerate negative feelings. He was never helped to bear the pain, sadness, anger, disappointment, etc., of others or his own intolerable feelings. He became a hypervigilant person who was adept at avoiding negatively impacting others.

Now the task is for Mark to relearn to manage the feelings he encounters in himself and others so that he can be free to think and feel in a new way. We have been working on Mark’s relationship to his wife’s feelings so that he can change his reactions to her upset. For example, when she asked him if he wanted to take a beach vacation and he said no, that he’d rather go skiing, she became tearful. With a small smile, Mark reported:

“I started to get anxious when I said what I wanted and she seemed so sad and upset. I could feel those bad-person feelings coming up, but I stopped myself from agreeing with her. It was hard. I started to wonder if I was being mean, but I told myself that I just wanted something different. I remembered what you said and thought, ‘OK, she isn’t happy, but she’s not destroyed. She still loves me and I love her and we can talk about it.’ ”

Gradually, Mark is beginning to believe that he can develop emotional calluses so that it will be easier to hear his wife’s hurt and anger and not feel like he has done something terrible. Overcoming the feeling that one is a destructive person is a demanding undertaking. It requires a fundamental reconsideration of who one is. For Mark, a large source of his motivation is coming from his experience that suddenly ideas, wishes, and needs are beginning to occur to him. The novel experience that his mind is generating thoughts of what he wants—such as “I’d like to go skiing”—is not only anxiety provoking, but also exciting. The idea that he could express his differing wishes to his wife and risk her upset also made Mark both anxious and excited.

He seemed filled (mostly) with excitement as he told me: “I can’t believe I might actually let myself know what I want and put it out there without being so scared or feeling so awful.”

The more Mark allows himself to risk knowing what he wants, expressing it and managing his feelings, especially when he feels destructive, the more able he will be to break into the vicious cycle that has characterized his relationships. While this is a slow and difficult process, Mark seems willing to risk the pain for the pleasure of discovering who he is and what he wants and needs. He understands that this will allow him to have a voice and be more decisive.