How to Ruin Any Relationship 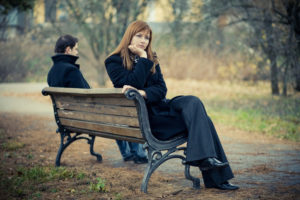 Contempt is, by definition, a way of communicating superiority and disrespect. According to research by Dr. John Gottman, it is the best predictor of relationship demise (Gottman & Silver, 1999). Contempt in relationships can be as overt as using disparaging insults aimed at attacking one’s character, or as subtle as a sneer during an argument. While it seems obvious to make efforts to avoid communicating contempt to those we care about, is it possible we might unknowingly damage our relationships by communicating contempt in its more covert forms?

The Devastating Effects of Contempt

Use of contempt in relationships, especially during conflict, acts as a cancer. It deteriorates trust and creates resentment and emotional distance. If it is not eradicated, it may ultimately end any relationship.

Like cancer, though, contempt might not be apparent until it has already taken hold. What starts out as one poorly conceived remark during an argument may become a pattern pervasive in every facet of the relationship, and when the root cause is discovered it is often too late. The reason it is so deadly to relationships is because of its inherent message of superiority of self and inferiority of others. In intimate relationships, there is an unspoken assumption that power and influence should be equal between partners. When contempt creeps in, it may be impossible to maintain an egalitarian balance. When this happens, it may be impossible not to experience the emotional distancing that predicates the end of a relationship.

The toxicity of contempt impacts physical health, too. Research suggests that those in relationships riddled with contempt have increased rates of cancer, autoimmune diseases, and infectious illnesses such as colds and flu. Those in contemptuous relationships even have higher rates of car accidents. Although this research is correlative, Dr. Gottman has been able to predict with 93% accuracy relationship success or demise with contempt as a causal link (Gottman & Silver, 1999).

Sometimes contempt is not as obvious as a partner screaming, “You’re an idiot!” More often, contempt is expressed subtly and can even be veiled in seemingly polite verbiage. The underlying message is one of superiority of self and inferiority of one’s partner: “I’m better than you,” “My way is superior,” and so on.

The best way to avoid engaging in patterns of contempt is to create an atmosphere of mutual respect and admiration in relationships.

Not-so-obvious contempt may come in the form of an eyeroll or sarcastic smirk during an argument. It might also come when one partner makes a suggestion that the other does not agree with or finds off-putting in some way. While feelings of frustration and even disagreement are quite normal, it is important to keep in mind that the ways in which you communicate your irritation may actually convey contemptuous superiority. You may be unknowingly sending your partner the message that what is important to them does not matter, or that their thoughts, feelings, or ideas are unmerited or frivolous. This subtle rejection can be devastating if it becomes a pattern during interactions. The aggrieved partner may be less likely to initiate conversations, bring up points of contention, or share ideas in the future, which ultimately contributes to emotional distancing and perhaps relationship demise.

How to Avoid Contempt

The best way to avoid engaging in patterns of contempt is to create an atmosphere of mutual respect and admiration in relationships. If we truly admire and respect someone, we are less likely to send a message of superiority. We are more likely to make concerted efforts to engage when the other person solicits our attention, and to respond with kindness even in disagreements.

However, if you find yourself in a relationship already suffering the effects of contempt, communicating admiration and respect is not easily done. It is important to let your partner know in a non-blaming tone when their words or actions send the message that you are inferior or disrespected. It is also important to introspectively reflect on your own feelings about the relationship and identify ways in which you can be mindful of communicating respect to your partner. While it is possible to restore balance and emotional connection in a relationship, it may not be possible to do so if contempt is continually present.