How to Recognize the Signs of Posttraumatic Stress (PTSD) 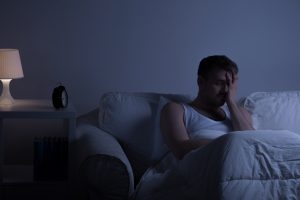 , or PTSD as it is more commonly referred to, is a serious condition that affects many people worldwide. As June is PTSD Awareness Month, learning more about this condition can be helpful in order to gain a better understanding of the struggles that many individuals deal with on a daily basis.

Although PTSD affects numerous people, military service members tend to be more often affected by this condition than others due to the nature of their jobs. They are frequently exposed to traumatic events on a routine basis, especially during tours of duty in combat zones. The peace we take for granted in our country can be shattered in an instant through the life-and-death situations they encounter every day. Even if they are not physically wounded in battle, their psychological wounds can be deep and long-lasting. Trying to pick up the pieces after their return to “normal” life can be difficult, both for themselves as well as their friends and loved ones, who often have trouble understanding what they have gone through and the ways in which they have changed.

A study conducted by the U.S. Department of Veterans Affairs between 1999 to 2010 revealed that about 22 veterans lost their lives to suicide every day—a higher number than those who die on the battlefield (Kemp, J., and Bossart, R., 2012). With statistics this alarming, learning to look for warning signs of PTSD can be an important first step toward addressing it.

Although being exposed to a war zone is a common cause of PTSD, many other situations can cause ongoing trauma. Other experiences that commonly lead to symptoms of posttraumatic stress include both natural and man-made disasters, abuse or assault, and serious accidents. Individuals who have learned about a traumatic situation involving a loved one can also experience PTSD, as can people who are exposed to many other types of experiences.

Some of the most common symptoms of PTSD in a person include (American Psychiatric Association, 2013):

Any of the above may be warning signs that should be taken seriously. As mentioned earlier, individuals who have experienced traumatic events are at greater risk than the general population of dying by suicide. They may also have a greater likelihood of self-medicating through the use of alcohol or drugs, if they do not receive treatment.

Although trauma can have devastating effects on many, receiving appropriate treatment can help to alleviate many of the symptoms experienced and assist individuals with returning to happy and productive lives. Recognizing there is a problem and assisting the individual with obtaining help are the first steps in the healing process.